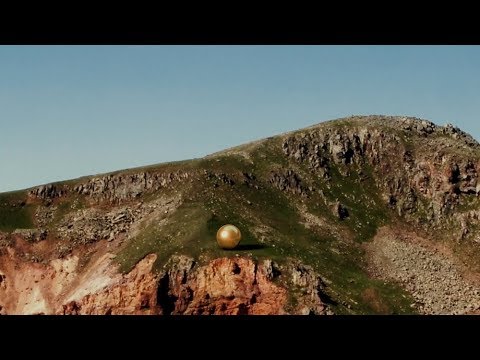 Back in spring 2019, HCA Vanadzor, in cooperation with its partners, developed a document on transitional justice and corporate accountability.

The document proclaims that the political changes that occurred as a result of the Velvet Revolution in Armenia give an opportunity to comprehensively address human rights and environmental concerns. Indeed, a more democratic environment allows for speaking up about the problems and looking for solutions in a civil society also in cooperation with the new government bodies. Democratic participatory process can be the only guarantee to create an atmosphere of mutual respect, trust and transparency.

“Economic revolution” term, which was put into circulation by the Prime Minister as the continuation of the political revolution, was initially viewed as market liberalization, elimination of corruption, monopolies and other legal and practical obstacles, and a state policy that would attract local and foreign investors.  It should be mentioned that in the current transitional period, it is important to establish the investors’ responsibility and corporate accountability, the requirement of which stems from the UN Guiding Principles on Business and Human Rights, which are as follows: the obligation of the states to protect from human rights violations (including by the third parties, the obligation of private actors to respect human rights, as well as the existence of effective mechanisms of damage restoration.

By making the above-mentioned document, representatives of civil society, business, the executive and the judiciary, recorded that the catastrophic situation in the sphere of environment conservancy essentially reflects the dominance of private interest over social, economic and health state of the population, for which various corruption schemes were created and applied and which should be subjected to thorough examination in the context of transitional justice.

With regard to ecology and environment protection, the following was particularly recorded:

The recent developments pertaining to Amulsar mine exploitation show that assurances on responsible investments in the mining sphere cannot have public trust as long as the aforementioned vicious policy is not rejected. By not completing actions aimed at dispelling the reasonable doubts pertaining to the decisions leading to the agreement of the mine exploitation, the Government should not undertake the protection and implementation of those decisions. It is obvious that under this conditions, the RA Prime Minister’s “official request” to cease blocking the roads to Amulsar mine is perceived as a threat of possible  use of force against peaceful demonstrators, which would amount to a significant step back from democratic principles and behavior. At the same time, such a retreat will create fertile grounds for various political speculations and discussions aimed at distracting public attention from the main agenda. As a result, both the environment, democratic developments and possibilities will be endangered.

The RA Government should implement trustworthy practical steps aimed at refusing the exploitation of mines in the RA and establish the principle of nature conservancy and people living and acting in a healthy environment as the fundamental principle of the concept of economic revolution, with which mining industry is incompatible as a branch of economy.

*Particularly in the following cases

20.07.2018 In the General Investigation Department of the PIC Investigative Committee, a criminal case was initiated on the prima facie case of deliberately hiding information on environment pollution by the RA Ministry of Nature Protection officials.
30.08.2018 Taking into consideration that the violations recorded in Lydian Armenia company seemingly contain crime elements, a criminal case was initiated in the Department of State Interests Protection of the RA General Prosecutor's Office with crime features of causing significant damage to the environment, entrails and the minerals therein by violating the rules of the use and preservation of the entrails or with the irregularities of the relevant drafts or without a contract.
02.04.2015 In the RA Administrative Court, the claim of 2 environmental organizations and 9 persons from Gndevaz is examined. The claim is to oblige the Ministry of Environment and the Ministry of Energy to recognize null and void the EIA positive expert examinations.
04.02.2019 In the RA Administrative Court, Jermuk community residents’ claim against Erik Grigoryan, Minister of Environment, is examined. The claim is to oblige to recognize null and void the Amulsar EIA expert examination.