Around 3 months after being conscripted with health problems, D.B., with the support of HCA Vanadzor, was recognized unfit for military service and was discharged 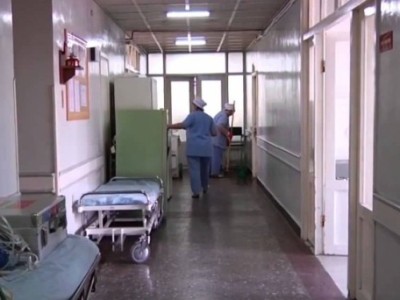 In January, 2019, D.B. was conscripted with health issues and on April 19, 2019, being recognized unfit for military service, he was discharged with the following note “The illness was acquired during the military service”.

In the beginning, D.B. was recognized fit for a limited military service. Some time after being conscripted, his legs began hurting and even after receiving treatment, the pain not only did not fade away, but, on the contrary, became worse.

In February, 2019, he was first transferred to the local and then to Yerevan military hospital. Along with his legs’ problems, stuttering could also be noticed. Doctors attributed those signs to stress and prescribed medications against it, after which he was referred to Yerevan city garrison hospital psychiatric department, where he stayed for quite a long time.

On March 23, 2019, B.D.’s sister applied to Helsinki Citizens’ Assembly Vanadzor  and informed that his brother had not been properly examined and doctors made a conclusion only based on oral questions and at that point of time he was receiving painkillers and some other medications in the above-mentioned department. As D.B.’s sister mentioned, on the day of applying to HCA Vanadzor, the latter could not even move his legs and hands and felt weakness in the extremities.

On March 25, 2019, HCA Vanadzor applied to the RA Defense Minister Davit Tonoyan with the matter of providing the serviceman with appropriate treatment or (in case it was impossible) reviewing the question of him being fit for military service and granting an early release.

Exactly one month later, by the note dated April 25, 2019, G. Hayrapetyan – secretary general of the Ministry of Defense – informed that on April 9, 2019, by the initiation of the central military medical commission, as a result of the discussion with the psychiatrist, D.B. was presented at the session of the central military medical commission and was recognized unfit for military service.