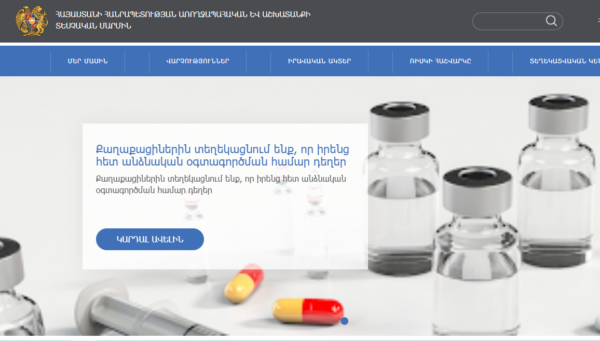 On September 3, 2019, we made a publication that the RA Health and Labor Inspectorate had recorded violations in Edgar Tsatinyan’s documents. The latter had died in “Armenia” MC.

On July 4, 2019, Arayik Zalyan, HCA Vanadzor lawyer and representative of E. Tsatinyan’s successor, applied to the Inspectorate with the matter of medical aid provided to E. Tsatinyan in “Saint Gregory the Illuminator” and “Armenia” MCs.

Yesterday, on September 9, we received the Inspectorate’s response regarding the examinations conducted in “Saint Gregory the Illuminator” MC and the “Ambulance”.

The Inspectorate recorded the same document violations also in those two institutions.

On August 29 and August 30, 2019, “Saint Gregory the Illuminator” and “Ambulance” institutions also received instructions on eliminating the violations.

E. Tsatinyan was transferred to “Armenia” MC on April 8, 2019, after being tortured in the RA Police Nor Nork department. Their family members informed that he had been beaten in the police department and had been made to give false testimony threatened that narcotic drugs “would be placed” in his pocket. As a result, according to his family members, scared of criminal responsibility, E. Tsatinyan swallowed the narcotic drug and died of acute poisoning hours after being transferred to hospital.