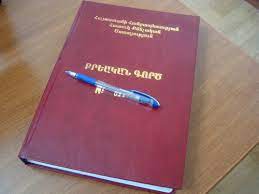 The body conducting the proceedings manifests inaction in connection with the case of torture.

On 25 November 2021, Yerevan General Jurisdiction Court examined HCA Vanadzor advocate Ani Chatinyan’s (representative of Gagik Karapetyan and Albert Hakobjanyan) and Gagik Karapetyan’s complaints and upheld them by urging the body conducting the proceedings to eliminate violations recorded in statement of reasons of the judicial act.

On 22 March 2017, Albert Hakobjanyan applied to Helsinki Citizens’ Assembly-Vanadzor in the frame of a torture act. He mentioned that back on November 2016, the RA Police Stepanavan policemen threatened him with a gun and without mentioning the reasons, apprehended him to Stepanavan division of the Police, where a number of policemen hit different parts of his body with their hands and feet and demanded to give information on a robbery committed by his friend, Stepanavan resident Gagik Karapetyan.

After A.Hakobjanyan informed HCA Vanadzor about the crime, the Organization made a crime report, based on which a criminal case was initiated on 2 May 2017 under Article 309 part 2 (Exceeding official authorities) and Article 309.1 part 2 point 4 (Torture committed by a number of persons or an organized group) of the RA Criminal Code.

In his turn, Gagik Karapetyan made a report to the SIS that in November 2016, he had a quarrel with policemen of Stepanavan subdivision regarding the issue of releasing  his apprehended friend Albert Hakobjanyan; during the quarrel, he was subjected to beating and another witness was made to give a testimony against him. A criminal case was initiated under Article 314 part 3 point 4 (Official forgery) and Article 309 of the RA Criminal Code.

On 15 September 2017, the body conducting preliminary investigation discontinued proceedings of the case. The victim’s representative Ani Chatinyan appealed this decision to the RA Prosecutor General’s office, and then to Court.

In the frame of this case, the Appeal Court recorded a number of essential conditions, mentioning that an effective investigation had not been conducted into the case of torture, and the case was sent to the body conducting proceedings to undergo a new investigation.

On 15 December 2020, the criminal case proceedings were again discontinued. This time, the Court again upheld the appeal made by Ani Chatinyan and Gagik Karapetyan and urged the SIS to eliminate the recorded violations.

Our studies show that no official has been held criminally liable in the frame of a torture case in Armenia.

Since policemen who committed torture in the RA are not held liable, cases keep repeating: this is also evidenced by the fact that a similar case is again being examined with participation of Gagik Karapetyan; after this case, he was again subjected to torture by Stepanavan policemen.

We record that the body conducting the proceedings is not even willing to eliminate violations and investigation shortcomings recorded by the RA Appeal Court.

Thus, though those persons have been struggling to restore their violated rights since 2017 and there are two judicial acts in their favor, there is no body willing to eliminate those violations.