Psychiatric hospital is the only residence place of 21-year-old H.A. 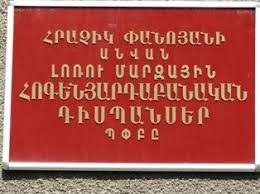 H.A. is 21 years old. He has spent the last 3 years in the psychoneurological dispensary. During all of his stay there, he has wished to leave the institution, work and lead a life on his own.

In the petition presented to the court, specialists of “Lori Regional Psychoneurological Dispensary” argued that H.A. is not dangerous for the society and can continue his treatment in outpatient conditions.

During the court session on May 30, the presiding judge S. Gzogyan asked H.A. questions regarding the treatment he received, its results and further plans in case of leaving the dispensary. He replied that he felt a positive change and was ready to receive outpatient treatment and was planning to work.

Before the next court session, the Court will apply to Vanadzor Municipality Guardianship and Trusteeship Body with the matter of providing H.A. with a legal representative.