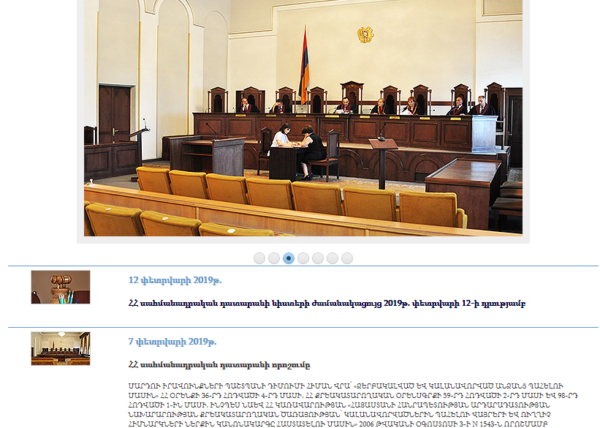 Based on the application of the RA Human Rights Defender, the RA Constitutional Court –by the DCC – 1442 decision dated February 5, 2019- recognized anti-constitutional the legislative provisions that automatically restrict the rights of detained persons and convicts to private and family life immunity and freedom of communication during their stay in the punishment cell.

The Constitutional Court concluded that “the prohibitions applied to persons transferred to the punishment cell should have a direct connection with the violation made by the detained person or the convict and the restriction of their fundamental rights and freedoms should be reasonably necessary to reach the legitimate aim”. June 5, 2019 was set as the deadline for recognizing null and void the provisions recognized contradictory by the RA Constitutional Court’s decision.

Helsinki Citizens’ Assembly Vanadzor expressed its position pertaining to the implementation of constitutional changes aimed at the elimination of actions degrading dignity and unsubstantiated restrictions of rights of persons deprived of their liberty during their stay in the punishment cell back in 2017, when the RA Human Rights Defender’s Office applied to HCA Vanadzor to get proposals and observations on drafts of the RA government decisions on “Making addenda to the RA Criminal Procedure Code”, “On making addenda and amendments to “the RA law on keeping detained and arrested persons” and to “the RA government decision no. 1543-N dated August 3, 2006”.

HCA Vanadzor will consistently continue monitoring the constitutional changes being implemented from the perspective of international standards on the protection of human rights and fundamental freedoms.