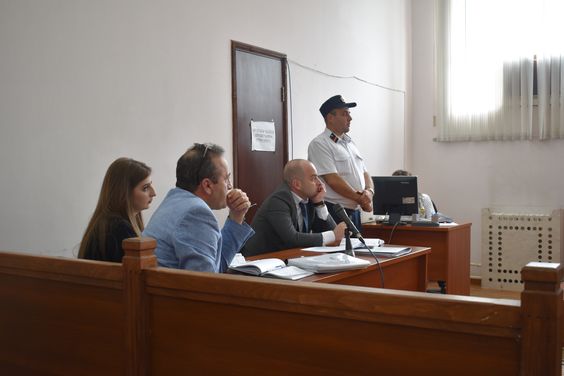 It should be reminded that the incident took place on September 28, 2017, on the bridge near the Church of the Holy Mother of God in Vanadzor, when Narine Avetisyan tried to video shoot the asphalt pavement works being conducted under heavy rain.

The protection of Narine Avetisyan’s rights was undertaken by Helsinki Citizens’ Assembly Vanadzor, chairman of the Organization Artur Sakunts and lawyer Syuzanna Soghomonyan are her representatives in the Court.

After interrogating the injured party and the witnesses presided by Judge Lusine Abgaryan, in connection with the changing of the judge, presided by Susanna Gzogyan, the examination of the case restarted. Today, after clarifying the matter of the parties’ identities and petitions, the Court determined the procedure of court hearings. The defendants continued claiming that they did not accept the accusations.

Because the injured Narine Avetisyan did not appear for the court session due to health problems, the session was postponed and scheduled for February 27, 2019 at 12:00 p.m. The Court will first hear the injured party.