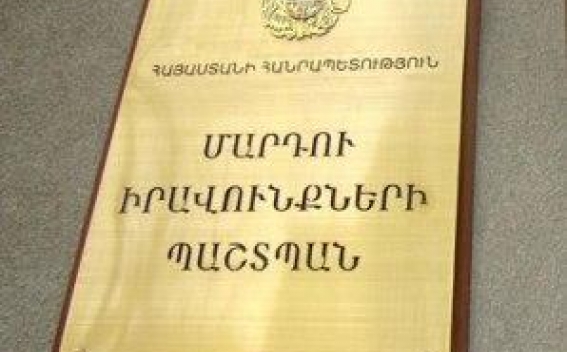 The staff of the RA Human Rights Defender studies the application of the representatives of J. Ghukasyan’s successor pertaining to the matter of Russian serviceman Andrey Razgileyev accused of Julieta Ghukasyan’s death.

On January 21, 2019, representatives of J. Ghukasyan’s successor – Helsinki Citizens’ Assembly Vanadzor chairman Artur Sakunts and the Organization’s lawyers Arayik Zalyan and Hayk Hakobyan- applied to the Defender and proposed to find out whether A. Razgildeyev’s rights were being violated (the latter was held in Russian military base no. 102, which is not an RA penitentiary institution where persons deprived of their liberty are held), to make a visit to familiarize with the conditions under which he was held and to take measures to transfer him to the RA penitentiary institution.

In the application addressed to the Human Rights Defender, A. Sakunts, A. Zalyan and H. Hakobyan mentioned that holding A. Razgildeyev in the Russian military base no. 102 is torture under the light of ECHR precedent decisions and underscored that the violation of the accused person’s rights should be eliminated in order to reach an objective, comprehensive and full investigation of the criminal case.

Yesterday, on February 18, 2019, we received the Human Rights Defender’s response, in which he stated that the application of J. Ghukasyan’s successor’s representatives was being studied in the staff of the Human Rights Defender. The Defender also informed that on December 14, 2018, a discussion procedure started by his initiative and he required certain necessary clarifications from the criminal prosecution body.

We should remind that the body conducting the proceedings and later also the RA Shirak region Prosecutor Karen Gabrielyan refused the injured party’s petition to transfer A.R. from the territory of the Russian military base to the RA penitentiary institution. This decision is now appealed in Shirak region General Jurisdiction Court. The next court session is set on March 15, 2019.