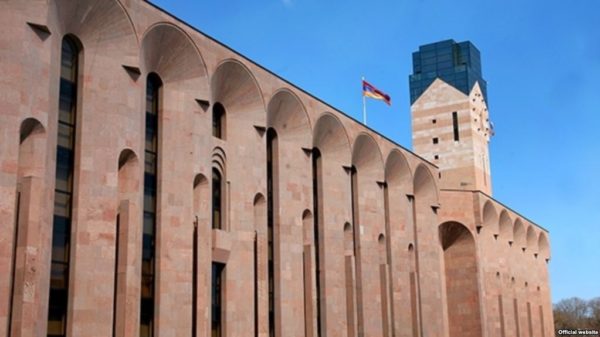 Having given two contradicting responses to Yerevan city resident Z. Sahakyan, by their note dated April 4, 2019, Yerevan city municipality exhorted to wait for the Court to publicize the judicial act so as to give a solution to the issue.

After undertaking the protection of the rights of Z. Sahakyan and another resident of Yerevan city, Helsinki Citizens’ Assembly Vanadzor applied to Yerevan municipality back in January, 2019, claiming to conduct proper administration regarding the residents.

Z. Sahakyan had applied to Yerevan municipality earlier in July, 2018, claiming to apply to Real Estate Cadastre Committee adjunct to the government of the Republic of Armenia to terminate the former tenant’s right to lease on the basis of the expiration of the contract signed with the latter.

On July 13, 2018, A. Kasaryan -head of the Department of Architecture and Urban Planning of staff of Yerevan municipality- replied that it would be possible to touch upon the discussion of the matter after terminating the former tenant’s right to lease and reregistering in the State Cadastre Committee. Whereas, Yerevan municipality has the power to apply to State Cadastre Committee with the matter of recognizing null and void the right to lease and therefore, could have upheld the citizen’s application.

With the support of HCA Vanadzor, Z. Sahakyan also applied to the Court seeking the protection of his rights.

In response to the note of HCA Vanadzor dated January 16, 2019, M. Aghabekyan –head of the Department of Architecture and Urban Planning of staff of Yerevan municipality – informed HCA Vanadzor on February 1, 2019, that the Department had made a conclusion pertaining to the dissolution of the contract with the former tenant. After this response, Z. Sahakyan and his representatives made a petition to postpone the Court session expecting to receive the final response from the municipality.

On February 7, 2019, before receiving the expected repsponse, A. Amyan - Head of Real Estate Management Department of Yerevan municipality – gave Z. Sahakyan a completely different response. A. Amyan informed that the question had been discussed and certain actions were required in order to dissolve the contract.

And soon, the “final” response was received. On April 8, 2019, after giving two contradicting responses via two departments, Yerevan city municipality gave a response entirely different from the above-mentioned two responses received earlier. The last one offered to wait for the judicial act.

Head of Real Estate Management Department particularly mentioned in his response that “It will be possible to touch upon the discussion of the raised issue after the final judicial act is made”.