(English) In Armenia and Azerbaijan, families of missing in action turn to Facebook

Hundreds of soldiers on each side are still missing three weeks after fighting stopped.

Suladdin Yusifov hadn’t heard from his son, Ali, in more than a month. The 23-year-old from Nakhchivan was a lieutenant in Azerbaijan’s armed forces and was fighting in the area of Fuzuli when his family last got word from him.

So on November 18, Yusifov took to Facebook and posted a photo of Ali. “This is my son. I am asking you as a father, I haven’t heard from him since October 3,” he wrote. “If anyone knows people on the front lines, or has connections to hospitals, I am appealing to the people of Azerbaijan as a father, if you have any news please call me.”

Yusifov and other family members also have been searching on their own – “there aren’t any hospitals I haven’t checked,” he said – but still haven’t found Ali. “We eat and drink full of tears,” he told Eurasianet. “He was my only son.”

On the other side of the front line Hrachya Gabrielyan, an 18-year-old conscript from Hadrut, in Nagorno-Karabakh, was last heard from on October 14, when he was in Jabrayil. After a month with no news, his family also turned to social media, posting a photo on November 14. “Please share, even if you don’t think anything will happen,” his cousin, Seda Gabrielyan, wrote on Facebook. “Even if you have the most insignificant news, please call.”

Gabrielyan’s family also has taken matters into their own hands, going to Karabakh themselves to look for any leads. They suspect Hrachya has been taken prisoner because the last call they got was from the phone of one of his fellow soldiers who has been taken prisoner, as have two other soldiers known to have called home from that soldier’s phone. “We’re not going to leave any stone unturned until we find him,” Artashes Gabrielyan, the brother of the missing soldier, told Eurasianet.

Three weeks after the war between Armenia and Azerbaijan ended, unknown hundreds of soldiers remain missing, their families in the dark as to whether they are dead, imprisoned, or suffered some other fate. In both countries, the families of the missing are losing patience with official efforts and are turning to more grassroots methods like social media.

There are dozens of posts like the Gabrielyan family’s on Armenian Facebook. In Azerbaijan, there are a number of Facebook groups with names like “I am looking for a soldier, Karabakh” and “Lost, Searching.”

In Armenia, there have been repeated protests by relatives demanding answers from the authorities. On November 29, more than 1,000 Armenians marched through Yerevan. The week before, an angry crowd gathered in front of the Ministry of Defense headquarters. The chair of the ministry’s Committee on Missing Persons and Captives, Colonel Vitaly Voskanyan, went out to address the group but was shouted down. “Just like a soccer ball, we are being sent from the MoD, to the Red Cross, to the morgue,” one woman shouted. Other demonstrations have targeted the Yerevan embassies of the United States, Russia, and France, to get them to push the sides to accelerate the process.

Prime Minister Nikol Pashinyan has said the government is working as quickly as possible to find those missing in action, and has blamed protesters for creating instability. “The most important issue now is that of captives, missing persons, and people who may be hiding, which must be resolved very quickly,” he said in a November 29 Facebook live broadcast. “But let’s look at this from the other side’s [Azerbaijan's] perspective. He sees that the delays related to this issue allows strife inside Armenia to deepen, even to start clashes inside the country.”

In Azerbaijan, which keeps a much tighter lid on protests, there have not been open displays of discontent. The Defense Ministry set up an information hotline for relatives, but those interviewed by Eurasianet said it provides little information. “We have called [the hotline] a lot,” said Faig Huseynbayli, whose cousin Akbar Huseynli hasn’t been heard from since September 27, the day the war started. “They said they don’t have any information about missing soldiers,” he told Eurasianet.

The numbers of those missing are unknown. So far, Armenia has officially counted 2,660 soldiers killed in action and some estimates from anti-government figures suggest the total could top 5,000.

The information from Azerbaijan is murkier: The government has not announced the number of killed soldiers at all, and government officials have not directly addressed the issue of missing persons. The website of the government’s commission on prisoners of war, hostages, and missing in action hasn’t been updated since October 13.

Anecdotal evidence, from a survey of social media posts and interviews with family members, suggests that the greatest number of missing Armenian soldiers were fighting in the region of Jabrayil and near the city of Hadrut. On the Azerbaijani side, the largest share of missing appears to be from around Murovdag, north of Kelbajar.

Communications between the two sides about soldiers missing in action have been mediated by Russian peacekeeping troops, who are safeguarding the ceasefire deal signed on November 10, and the International Committee of the Red Cross (ICRC).

One Azerbaijani soldier was killed by a land mine on November 23 when a group also including Russian peacekeepers, officials from the de facto Nagorno-Karabakh Ministry of Emergency Situations, and the ICRC were searching for bodies in the Terter region of Azerbaijan.

“The joint groups established on the initiative of the Russian peacekeepers’ command to search for and transfer the bodies of those killed during the armed conflict have been operating coherently and effectively for more than a week now,” the Russian news agency TASS reported.

More than 400 soldiers’ bodies have been transferred from Azerbaijan to the Armenian side, officials in Nagorno-Karabakh said on November 27. The territory’s human rights ombudsman, Artak Beglaryan, said there were between 50 and 60 Armenian prisoners of war in Azerbaijan, of whom about 30 have been identified.

Azerbaijan has not announced comparable overall numbers, though it does announce regular transfers of the bodies of soldiers killed in action.

Civil society groups have also tried to help. The Helsinki Citizens’ Assembly of Vanadzor, an Armenian human rights group, has been compiling lists of missing soldiers. Its chairman, Artur Sakunts, told Eurasianet that “hundreds” remain missing, though he declined to give a precise figure. “The list keeps growing,” he said.

Sakunts blamed the Russia-brokered ceasefire agreement for contributing to the confusion in managing the missing soldiers’ return. “The agreement should have emphasized humanitarian issues but instead they were pushed to the margin,” he said. “The returns of prisoners of war should have been a focus, with a deadline.” 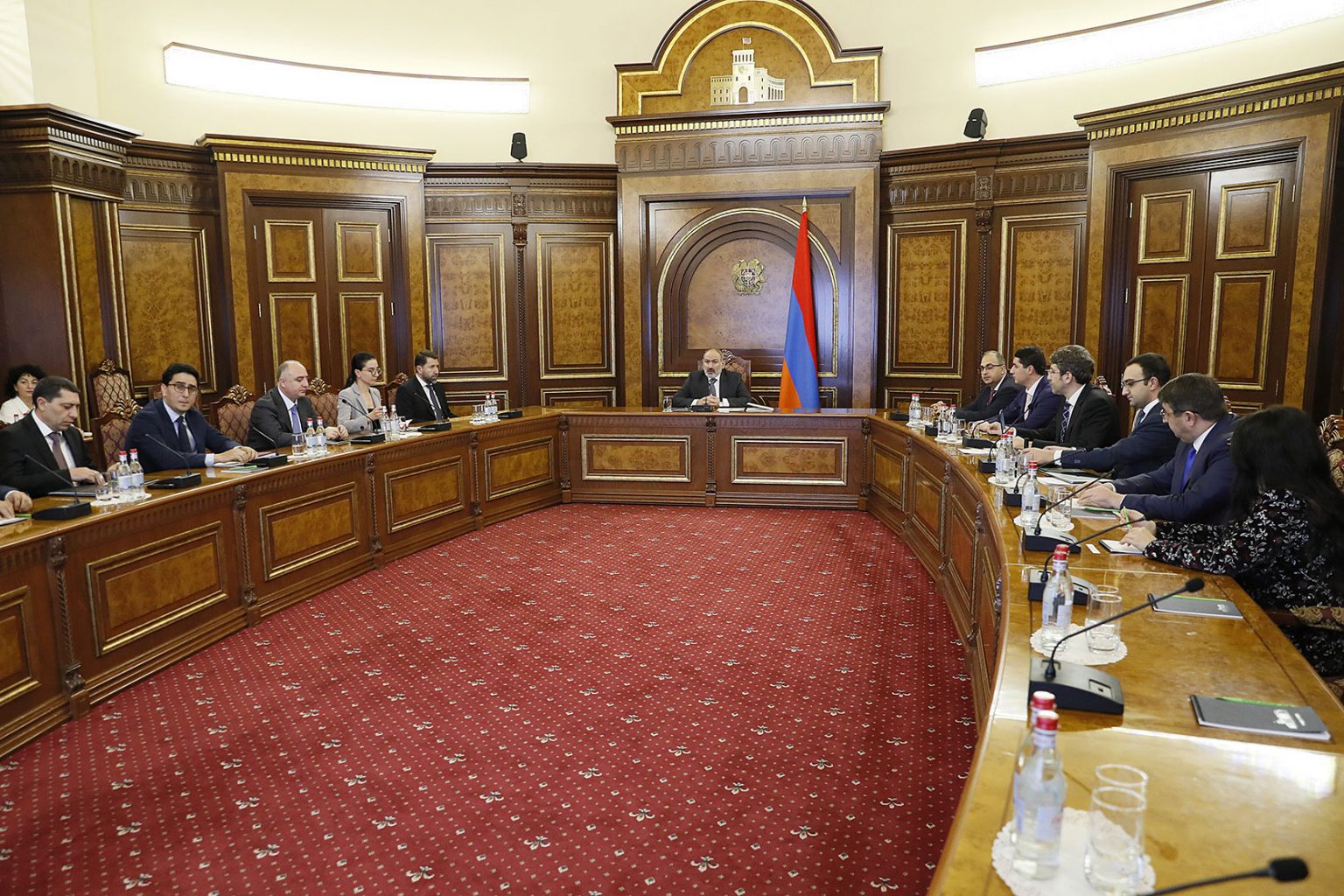 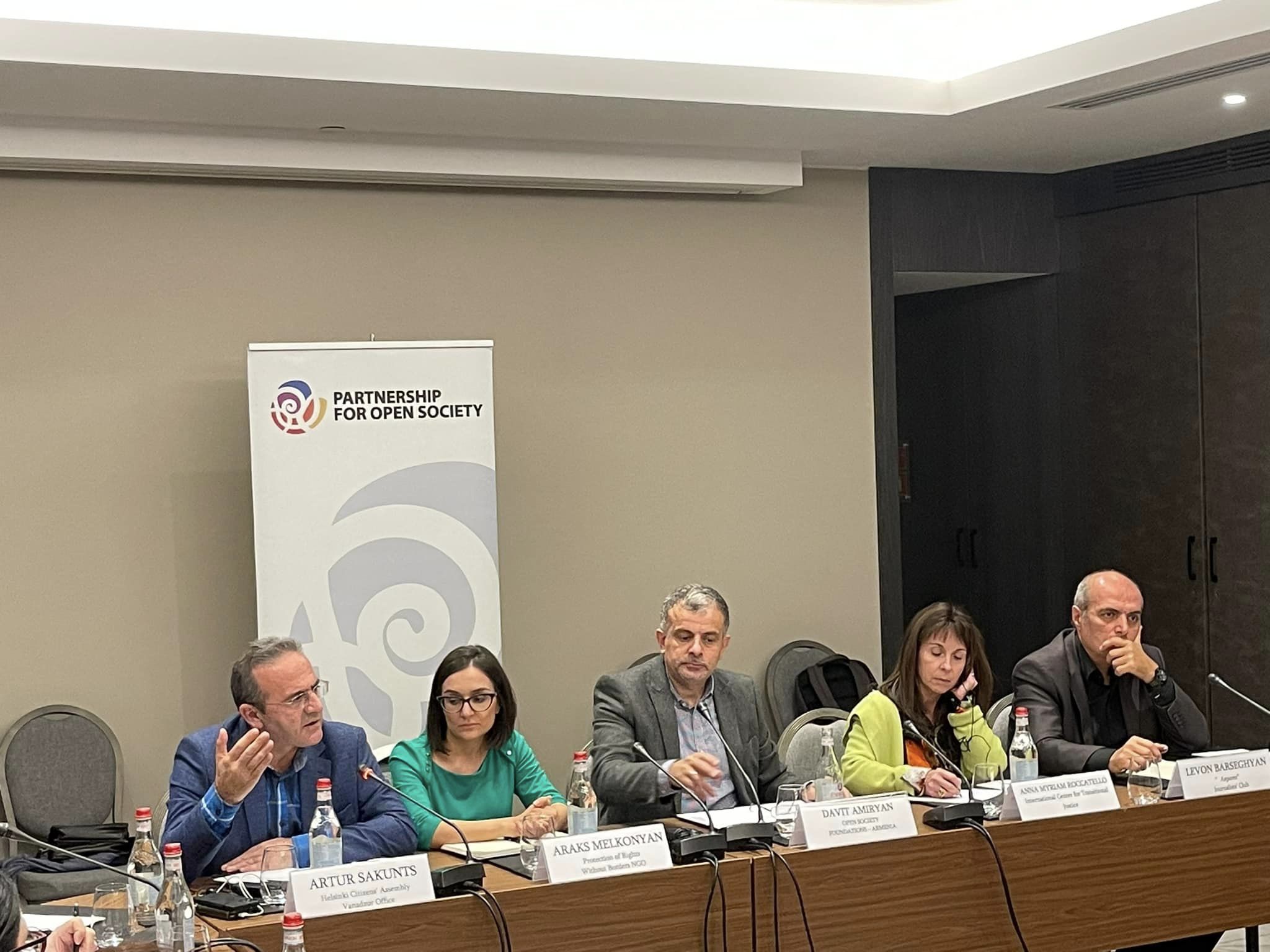 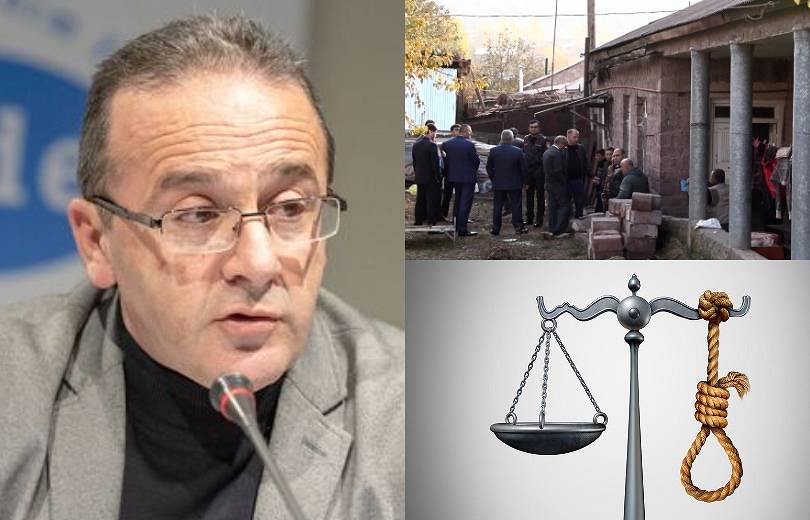 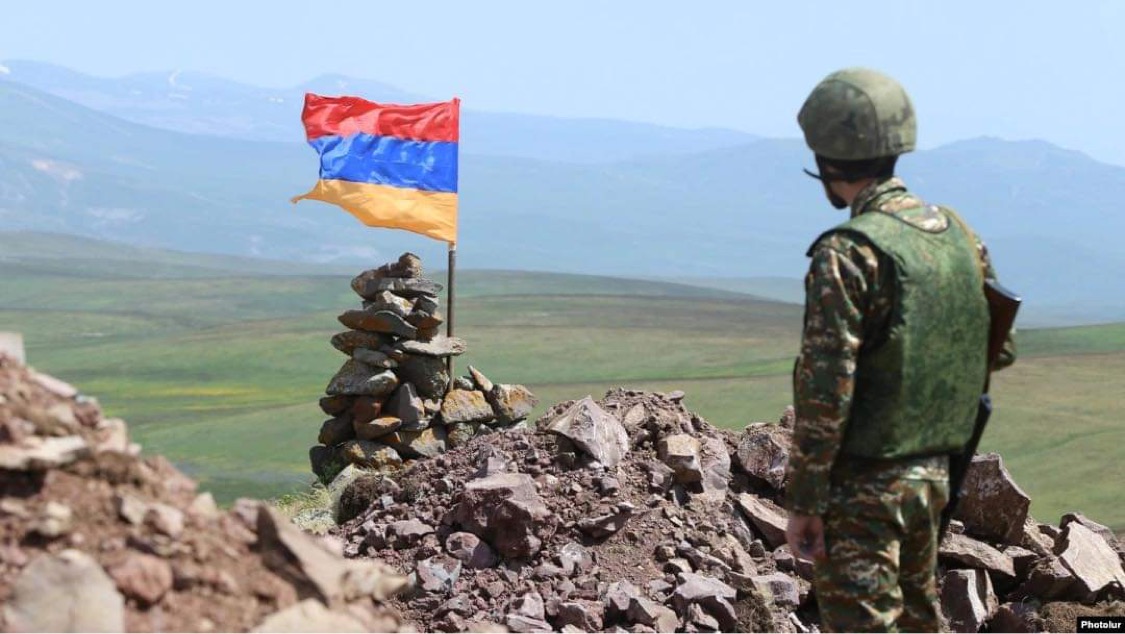 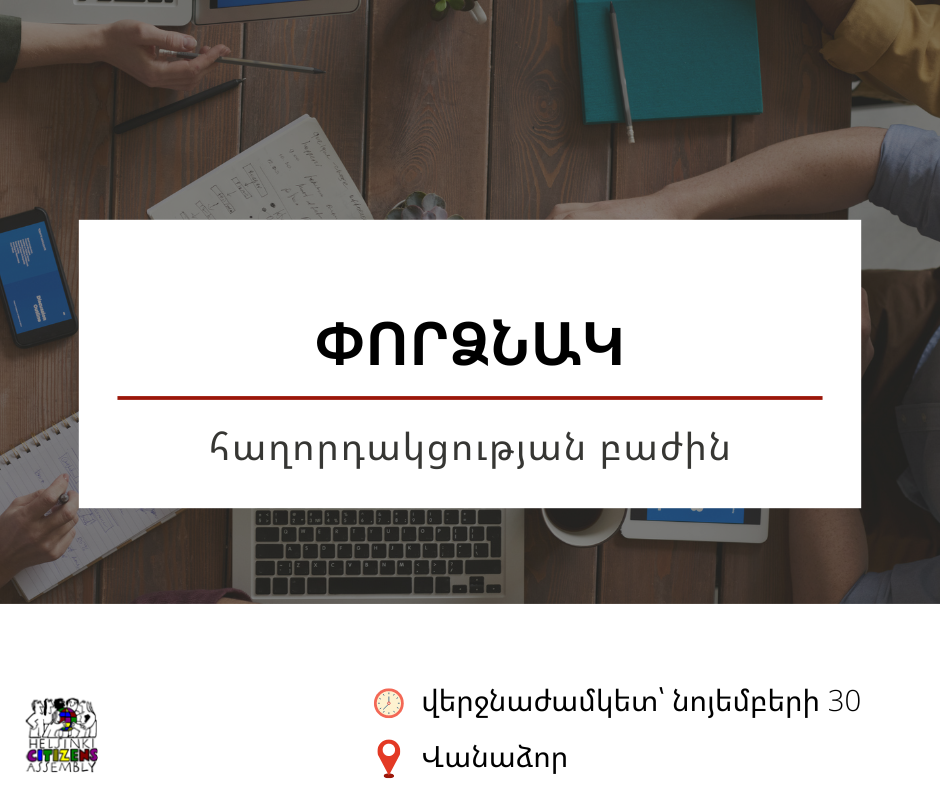 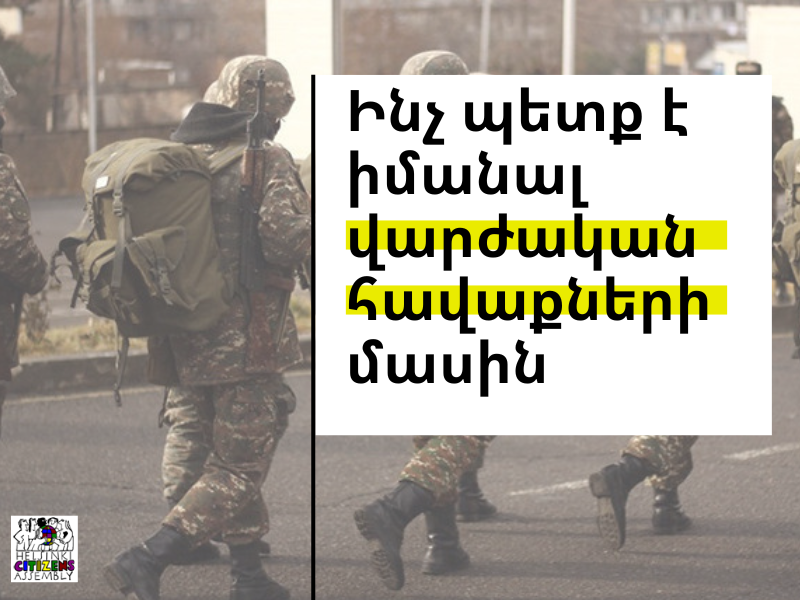 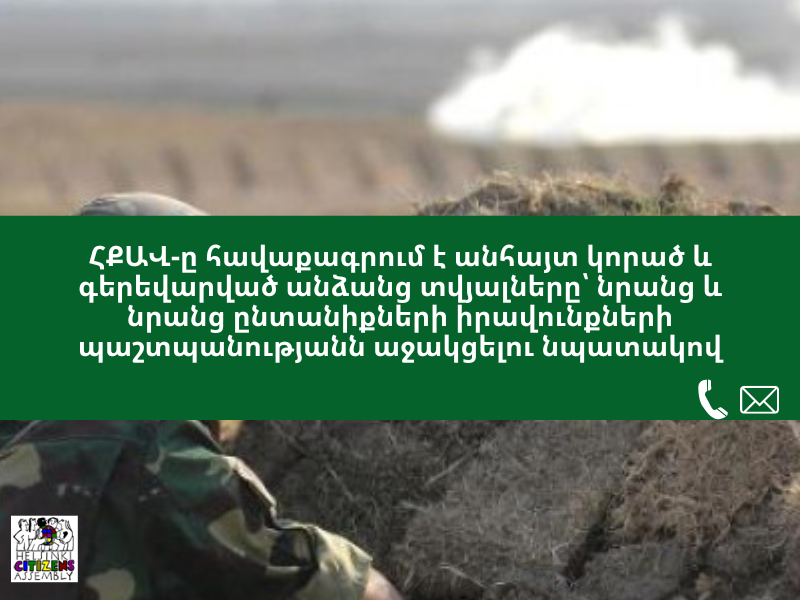 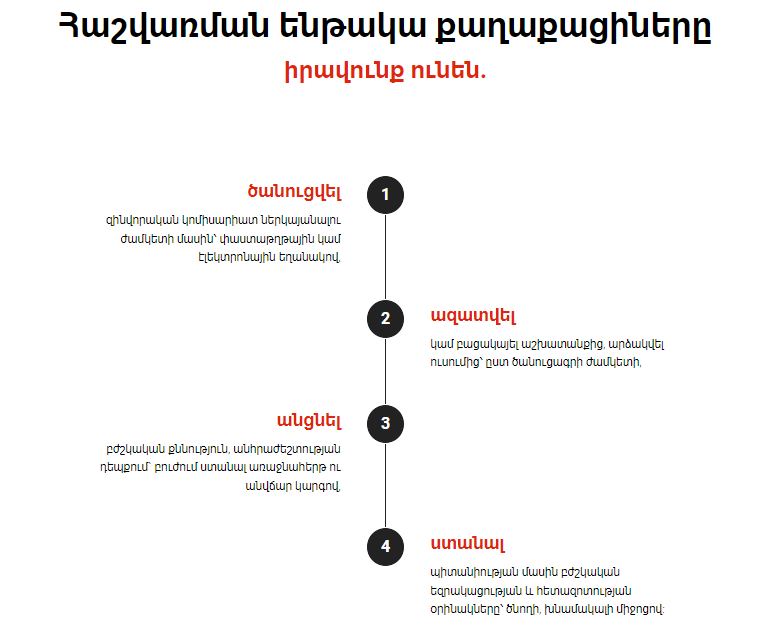