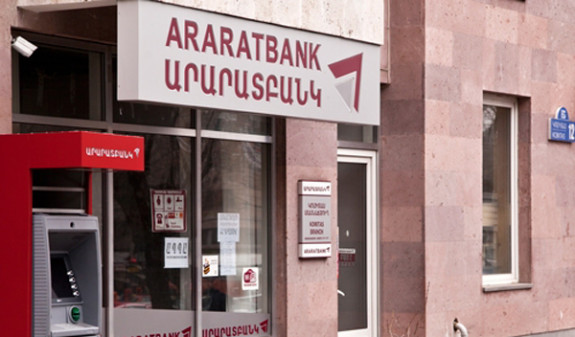 ‘The reason why I took this step was to show other employees that they do not need to be afraid and should protect their rights, instead. In my opinion, the work that HCA Vanadzor does is not simply important, but rather, it is very important, since people want to help and be useful without any personal interest. I might have been able to pay a lawyer at first but then, I’m not sure if I could keep paying or not. But HCA Vanadzor stood by my side willingly and without any personal interest’, says Vanadzor resident M.M. (the initials of our hero’s first and last names are changed).

On March 23, 2018, based on the condition of losing trust in the employee, Araratbank terminated the employment contract signed with M.M. in 2017, who was an accountant-cashier in the accounting department.

The citizen applied to HCA Vanadzor in order to restore her violated right. The protection of her rights in the court was first undertaken by HCA Vanadzor lawyer Hayk Hakobyan and then Arayik Zalyan.

‘An impeccable application was made. Hayk Hakobyan did a very important job from the very start. I always kept in touch with HCA Vanadzor and they always responded in a timely manner, they were very friendly and attentive. I think that the result we achieved can also be put down to the condition that it did not take the lawyers long to act’.

In the lawsuit against Araratbank, HCA Vanadzor claimed to recognize null and void the order to terminate the employment contract, to reinstate M.M. in her former position and levy money for the time period of enforced idleness.

Yerevan General Jurisdiction Court gave respondent Araratbank one week to prove the arguments that lie in the basis of employment termination. During the case, Araratbank did not manage to prove its argument regarding the dismissal of the citizen, which was the loss of trust. As a result, the Court came to the conclusion that the respondent failed to prove the arguments lying in the basis of employment contract termination and recognized null and void the order of dismissal.

M.M. says that one should not keep silent, ‘I thought that even if I failed to achieve the desired result, there would at least be no such attitude towards other employees and they would act in a more reasonable way. One should always protect personal interests and turn to competent persons who understand law better’.

On April 17, 2019, the Court made a judgment to uphold M.M.’s claim. The Court recognized null and void the order of Araratbank to terminate the employment contract with M.M. The other two demands were also satisfied.

A month later, on May 15, 2019, Araratbank appealed the judgment. Examining the appeal of the respondent party, HCA Vanadzor lawyer Arayik Zalyan presented counterarguments, according to which the appeal was completely groundless and subject to refusal.

In particular, A. Zalyan stated his opinion that Araratbank’s appeal was not in line with the RA Civil Procedure Code requirements regarding the form and content of appeals, ‘I find that the appeal submitted by the respondent side has no factual and legal grounds and is subject to refusal’, noted the lawyer.

RA Court of Civil Appeals refused Araratbank’s appeal, which was followed by a cassation appeal. On January 15, 2020, RA Court of Cassation also rejected it.

The Ministry of Education, Science, Culture and Sports violates the rights of teachers involved in the examination process