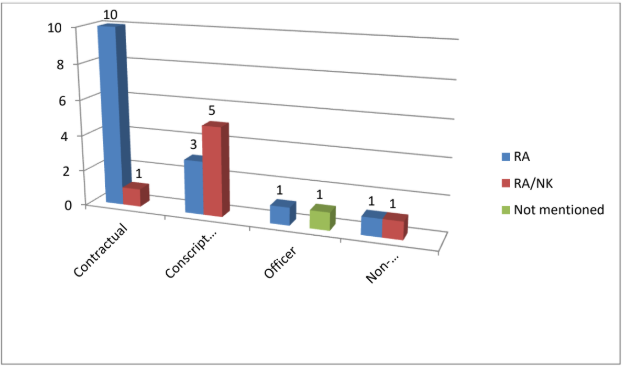 The information obtained from official and non-official sources is presented in the report.

There are official messages on 13 out of 23 cases, official confirmation on 4 cases was made only after being published by mass media, no official information was disseminated on 6 cases.

HCA Vanadzor does not classify death cases as those related and those not related to military service and holds, that irrespective of the condition whether the incident occurred inside or outside the military unit, it should be classified as a loss that occurred during military service, since the person was registered as serving his military service.

Criminal cases were initiated on 17 out of 23 death cases.

Other statistical data and details are presented in the REPORT