Human rights are universal and cannot have national limitations STATEMENT 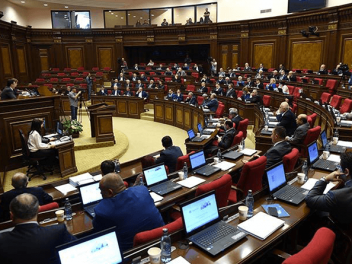 We, the below-signed representatives of organisations and individuals, join all the citizens and local and international organisations that expressed concerns over the violations of human rights and fundamental freedoms that took place in the National Assembly of New Armenia.

We express profound concern over the response of the Foreign Affairs Ministry of the Republic of Armenia, which presumably represents the official position of the Government of the Republic of Armenia. The response subordinates human rights, namely the right to be free from discrimination and equal rights, to the “principle of public morals,” which is totally unacceptable and not befitting a state that has adopted democratic principles.

We urge the Government of the Republic of Armenia to reconsider its official position and to ascertain that it is unreservedly committed to the principles of human rights protection and to the respect for the dignity of persons—commitments under the Republic of Armenia Constitution and international treaties without exceptions, bias and ambiguity.

We hereby urge the Government of the Republic of Armenia:

Other organisations and individuals are invited to join this statement.

Coalition against Discrimination and for Equality

Power of the Law NGO

Coalition against Violence against Women