Plaintiffs demanding a compensation for moral damage should also be exempted from state duty payments. The Court of Cassation has made a decision 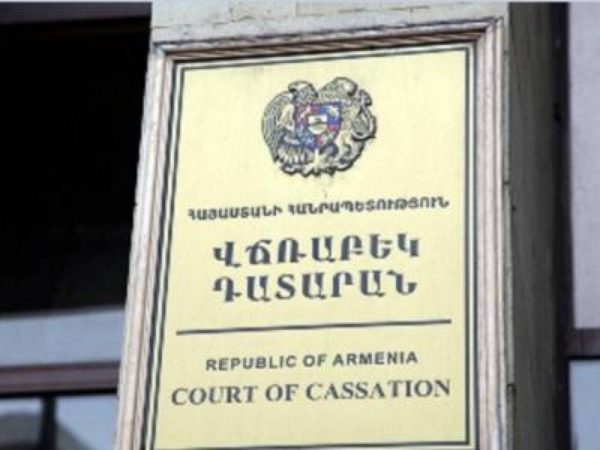 On September 24, 2018, the RA Court of Cassation made a decision that a plaintiff should also be exempted from paying a state duty in case of filing a claim with the demand of compensation for moral damage.

The Court of Cassation made this decision based on the application of  the successor of the four-year-old Karine who died in ‘Armavir’ MC in 2015 and the successor’s representative, HCA Vanadzor lawyer Ani Chatinyan.

On September 20, 2017, Hakob Hovhannisyan and his representative submitted a claim to Armavir region General Court of Jurisdiction demanding a compensation of 15,000,000 AMD from doctor Anahit Petrosyan - charged with the child’s death- and the RA government.

The RA Court of Civil Appeals also expressed the same position in its decision made on December 18, 2017, and refused the appeal complaint against the decision of the Court of First Instance.

The cassation appeal against the decision of the Court of Appeals was submitted on January 8, 2018.

The cassation complaint was substantiated by the fact that the plaintiff demands a compensation of damage, while, according to the Criminal Procedure Code of the Republic of Armenia, damage is the moral, physical, property damage subject to monetary measurement.

This implies that ‘damage caused by a crime’ term defined by the RA law ‘On state duty’ must include both material and moral damage.

The plaintiffs also mentioned that not taking the proceedings of a claim demanding a compensation for a damage because of the state duty not being paid is a violation of the right to the effective method of legal protection fixed by the European Convention on Human Rights and the RA Constitution, as well as the right to compensation for a damage fixed by the RA Constitution.

The RA Court of Cassation upheld the complaint and made remarkable observations on the issue.

In particular, the Court of Cassation recorded that the victim and his successor have the right to get a compensation, by the established order, both for material, as well as moral and property damage caused by an action prohibited by the criminal code.

The Court of Cassation stated that the basis of the privileges defined by the RA law Article 22 is the right of people who suffered damage to get a compensation and that privileges also include the opportunity to be generally exempted from the state duty. The Court observed this in the context of judicial protection and the right to compensation for a damage caused by a crime and confirmed that it is necessary to provide sufficient judicial guarantees for the implementation of those rights.  That is to say, it is necessary that when applying to the Court, plaintiffs demanding a compensation for a damage be exempted from the state duty payment.

Thus, by its decision made on September 24, 2018, the Court of Cassation did not consider the decision of the Court of Appeals to be legitimate and upheld H. Hovhannisyan and his representative Ani Chatinyan’s cassation complaint against it.