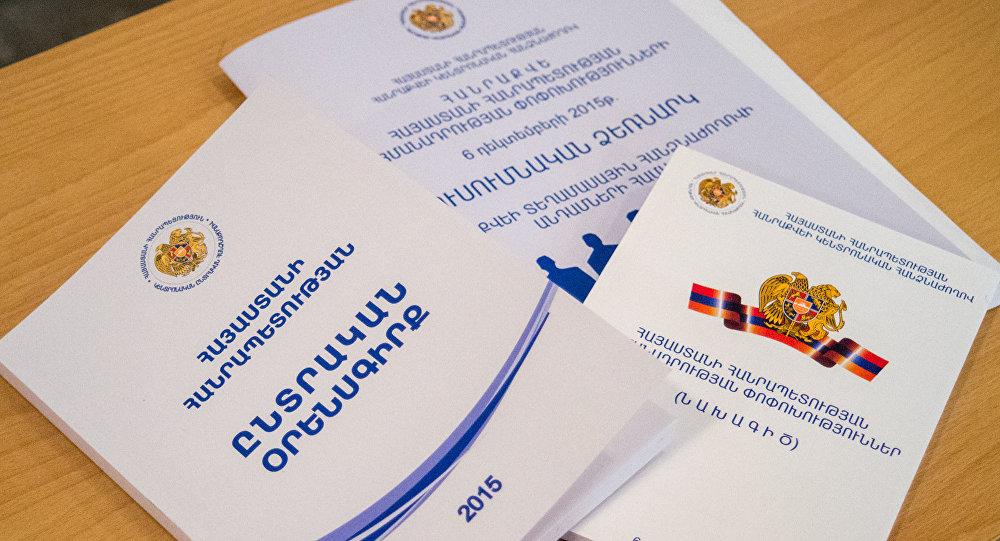 The Draft Law on making amendments to the RA Electoral Code was published on the RA National Assembly website. The Draft Law was presented by the Ministry of Territorial Administration and Infrastructure of the Republic of Armenia and has already been included in the National Assembly agenda and was discussed on 26 May.

Helsinki Citizens’ Assembly-Vanadzor gave its preliminary assessment of the Draft on 21 December 2019, when the Draft was placed on and then removed from edraft.am.

After the discussion in the National Assembly on 11 March 2020, a few important amendments were made to the Draft. However, certain problems still remain.

This draft is also an opportunity to envisage and make amendments to the Electoral Code, when, during the state of emergency, the postponement/prohibition of the elections of local self-government bodies may be determined by the Government’s decision to declare a state of emergency and, in case elections are held, to envisage additional measures for their organization. Only in case of providing such measures will it be possible to organize elections of local self-government bodies envisaged for autumn 2020, depending on the epidemiological situation in a given community.