The employee violated the Labor Code and solved the contract on a discriminatory basis: the citizen applied to Helsinki Citizens’ Assembly Vanadzor 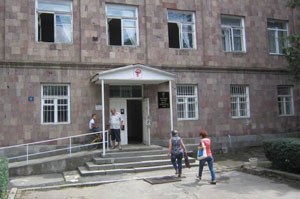 A.S. started her job as a nurse in Vanadzor Polyclinic N. 1 in 1975. In 2017, upon her retirement age, certain amendments were made to her indefinite-term employment contract signed in 2006. The contract became a definite-term one and was extended until December 30, 2018.

A.S. could not even imagine that signing two employment contracts in a row would ultimately make her apply to the court to restore her violated rights.

In November 2018, before the expiration of the employment contract, A.S. managed to participate in the “The work of the nurse during the provision of first aid” training held by Yerevan State Medical University after Mkhitar Heratsi and received a certificate.

On January 1, 2019, A.S.’s employment contract was extended for 6 more months until July 7, 2019. On July 1, 2019, a new contract on extending the employment term was signed and according to this contract, A.S.’s work responsibilities were to continue until August 10, 2019.

A.S. applied to Helsinki Citizens’ Assembly-Vanadzor to request legal support and protection of her rights. Arayik Zalyan, one of the Organization’s lawyers, stated that they had applied to Lori region General Jurisdiction Court claiming to revoke order N.63 dated August 12, 2019, and consider the employment contract signed between the polyclinic and A.S. as an indefinite-term one.

Invoking Article 94 of the RA Labor Code, Arayik Zalyan says, “An employment contract is signed for an indefinite time period if the validity period thereof is not specified in the employment contract and a fixed time limit where the validity period thereof is specified in the employment contract. Indefinite-period employment contracts are signed with the exception of cases envisaged under Article 95 and for a fixed time limit, if the employment relations may not be determined for an indefinite time limit, taking into account the nature of the work to be performed or the conditions for its completion, unless otherwise provided for by this Code or laws. According to §3 point 7 of the same Article, definite-term contracts are signed with persons who have the right to age-related pension and who have reached 63 or with persons who do not have the right to age-related pension and have reached 65, in the position offered by the employer or based on the assessment of a person’s professional skills”. According to the lawyer, a definite-term contract is signed in exceptional cases, if that specific work is of temporary nature or if there are preconditions determined under Article 95§3.

In this case, the amendment to the indefinite-term contract was made through violation of Article 95 of the RA Labor Code without the employer assessing the nurse’s professional skills. Taking the pension age as a basis, the employer made the employee redundant showing a discriminatory attitude.

“In case of being made redundant, the employee’s right to protection is also enshrined in other international documents, which Armenia has joined”, says Arayik Zalyan,  invoking Article 24 of the European Social Charter (Revised), according to which making an employee redundant may, in exceptional cases, be connected with the employee’s skills or behavior, or based on the organization’s requirements.

Taking into consideration the employer’s illegal actions in the matter of dismissing the employee, Arayik Zalyan, A.S.’s defender and Helsinki Citizens’ Assembly-Vanadzor lawyer, applied to the court and claimed reinstating the nurse in her position and levy  an average salary from the employer in favor of A.S. for the whole period of enforced idleness.