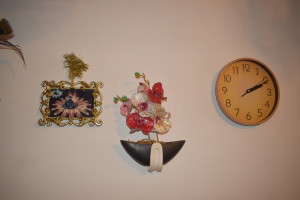 On 23 October 2000, the RA Government made a decision to make amendments to Article 10 of RA Law "On holidays and memorial days in the Republic of Armenia". As a result, one more day was added to memorial days: Remembrance Day of the missing freedom fighters commemorated on 29 June.

The remembrance day has been enshrined in law for 20 years, but the Republic of Armenia  has still not adopted a law on “Missing persons”.

According to official data, during 1988-2005, 437 persons were considered missing, 224 of them were servicemen, 213 were civilians. 723 persons were considered missing from Nagorno-Karabakh, 250 of them were servicemen, 473 were civilians. According to the data of the International Committee of Red Cross, the number of missing as a result of Karabakh conflict exceeds 4500, around 400 of which are recorded in Armenia.

On 24 May 2007,  Parliamentary Assembly of the Council of Europe adopted Resolution 1553 (2007) on the rights of missing persons and their family members based on 7 March 2007 report of the Committee on Migration, Refugees and Population Rapporteur on matters of missing persons in Armenia, Georgia and Azerbaijan, Leo Platvoet. The report was prepared as a result of the visit to the South Caucasus.

As a member of the Council of Europe, the Republic of Armenia also undertook obligations, among which also an obligation to implement PACE resolutions and recommendations. For this very purpose, in 2010-2011, a working group was created, which developed the RA Draft Law on “Missing persons”.

Adoption and implementation of the RA Law on “Missing persons” is the state’s manifestation of responsible attitude in terms of ensuring legal protection guarantees for missing persons and their family members.

Despite the fact that there are legal regulations established by sub-legislative legal acts, they are not effective and do not ensure the rights of missing persons’ relatives to be informed and to get social-psychological, legal and other support.

At the end of the session held on 19 February 2020, Davit Tonoyan, Head of the Interdepartmental Commission on Prisoners of War, Hostages and Missing Persons, applied to the RA Ministry of Justice by sending a relevant letter to bring back to the agenda of discussion the above-mentioned draft law and to start the process.On 5 March 2020, by sending a letter, HCA Vanadzor applied to Rustam Badasyan, RA Minister of Justice, asking to provide information as to what stage the process was in. In response, RA Ministry of Justice informed that they had sent relevant letters to RA Ministry of Defense and Ministry of Foreign Affairs, expecting their positions regarding the RA Draft Law on “Missing persons” developed in 2011, or in general, the purposefulness of putting such a draft into circulation. Upon receiving it, they will also inform HCA Vanadzor.

HCA Vanadzor has not yet received responses regarding the relevant positions and further process of the draft law. HCA Vanadzor demands from the new authorities of post-revolutionary Armenia  to bring back to the agenda the issue of adopting RA Law “On missing persons”.