By the decision of Lori region prosecutor, a criminal case was initiated on the case of historical-cultural monument’s damage made by the construction carried out with violations in Vanadzor 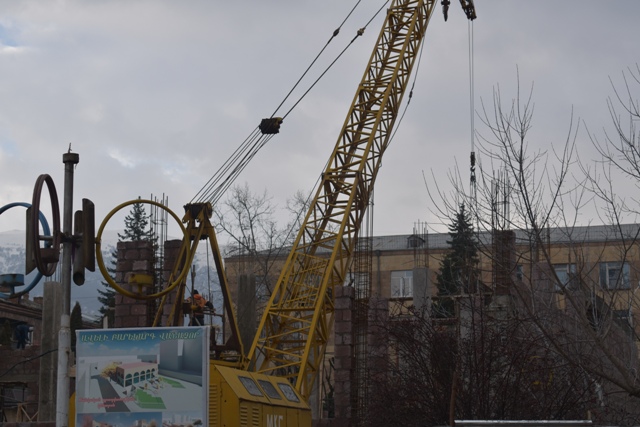 On September 14, 2018, A. Sakunts’s application and attached documents were sent from Lori region Prosecutor’s Office to the RA Police Taron division with the purpose of discussing the report information and deciding on the issue of the proceedings in a criminal-procedural order.

The body conducting the proceedings with the prepared materials considered it confirmed that construction done by ‘G and M’ LLC in Vanadzor ‘Artsakh’ park, which is considered to be a historical-cultural stationary monument, was based on the appropriate permission, for which the authorized body – the RA Ministry of Culture – was presented with the required construction regimes, as well as the research-design refined documents of the monument area improvement.   Based on this, the investigator considered that getting the construction permission and conformity by the violation of established procedures concerns not criminal law, but rather administrative-legal relations. As a result, considering that there is no trustworthy data on crime in the materials, on September 24, the investigator made a decision to refuse to initiate a criminal case on the basis of the lack of a crime.

On October 15, 2018, A. Sakunts filed a complaint against the above-mentioned decision stating that the body conducting the proceedings did not give a proper legal assessment to the circumstances presented, did not perform the necessary investigative actions invoking the circumstance that the RA Deputy Minister of Culture submitted a demand to stop the ongoing construction to Vanadzor community head.

In Lori Region Prosecutor’s Office, both A. Sakunts’s complaint and the prepared materials were studied. It turned out that though the body conducting the proceedings obtained data sufficient for initiating a criminal case during the preparation of the materials, they were not correctly assessed from the point of view of apparent crime traits. For this reason, they also did not take the necessary measures to conduct a comprehensive, full and objective investigation of the circumstances of the case.

Particularly, in the prepared materials there are data showing that back in 2007, Artsakh park area which is being constructed was privatized without the consent of the authorized body, despite the fact that the monument was earlier included in the list of Lori region historical-cultural monuments of local importance.  The changes of the purpose of monument use and nature have not been agreed upon with the authorized body and as a result, the integrity of the monument’s territory and historical environment were ruined, and the requirements defined by the RA Government decision of April 20, 2002, on state registration, study, preservation, consolidation, repair, restoration and use procedures of history and culture stationary monuments were not provided.  Besides, according to the documents of the materials, the Ministry did not give their agreement on the implementation of construction in ‘Artsakh’ park and the building project was stricken out of the discussion of the ministry’s scientific-methodological council.

Thus, there are data showing that during 2017-2018, the construction work of children’s entertainment center in ‘Artsakh’ square (park) which is a monument of local importance under state protection was done by ‘G and M’ LLC without the consent or professional conclusion of the authorized body and the requirements established by law of monuments’ preservation and security during construction and other works done on areas of monument preservation were violated. As a result of this, the integrity and historical environment  of the monument territory were ruined, the primordial image and architectural style of the monument were damaged.

Based on the fact that the prepared materials seem to  contain attributes of crime of damaging history and culture monuments, as well as taking into consideration the fact that for the provision of their full, objective and comprehensive examination, it is necessary to use all the legal tools envisaged by the Criminal Procedure Code, Lori region prosecutor quashed the investigative decision of refusing to initiate a criminal case and initiated a criminal case  under Article 264 point 1 features of the RA Criminal Code.

Preliminary investigation was assigned to the RA Investigative Committee of Lori region.