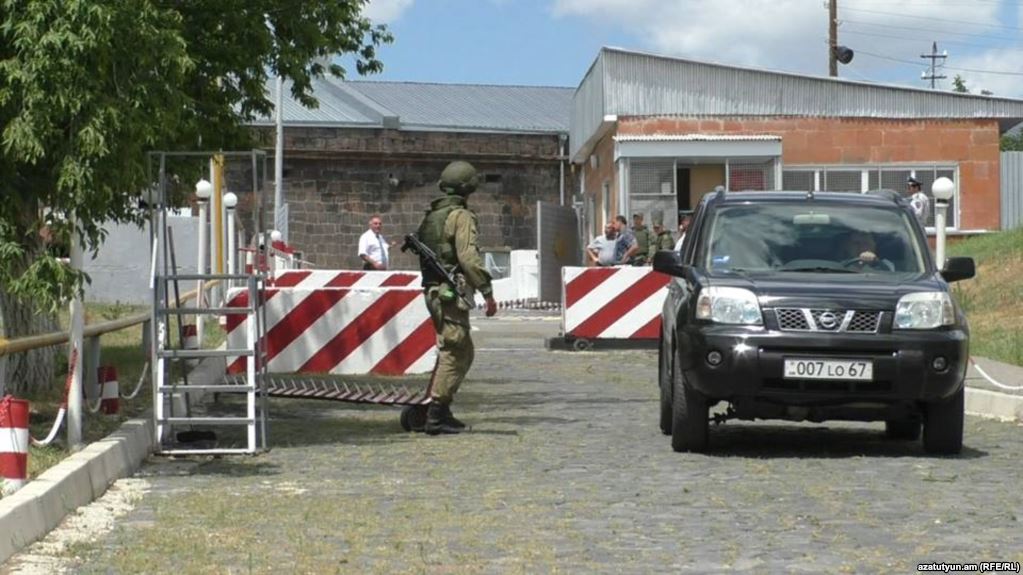 The serviceman is suspected of causing death by negligence to Julieta Ghazaryan, a Gyumri resident.

The 57-year-old woman died on December 2, in Slabotka district of Gyumri, as a result of severe beating.  A criminal case was initiated on the case under the article of intentional injuries to health which caused the victim’s death by negligence.

During the previous years, there were also recorded incidents with the participation of the military base soldiers. The most tragic incident was the murder of a 7-member family by a Russian serviceman in Gyumri.

Human rights defender Artur Sakunts maintains that the new government has certain things to do with regard to the Russian base, ‘‘The responsibility for such a mindset of an armed person lies with the organizer of the service, of course. On the other side, however, we record that it is also a scandalous manifestation of mindset. Once more, it comes to prove or substantiate that the Armenian side, already under the conditions of the new government, should raise quite serious and precise matters before the Russian side with regard to the selection of servicemen for the military service in the Russian base. In this case, the Armenian side should raise not only the matter of responsibility of this very serviceman, but also that of the base commanding. Otherwise, we have rather serious matters in connection with the Russian base, since the continuity of incidents shows that we are not insured against further violence that can be applied by the Russian base servicemen’’.

On the day of Julieta Ghazaryan’s murder, the version that the murderer was allegedly a Russian serviceman went viral among the media. It was followed by a statement made by the Russian Federation embassy in Armenia which abruptly denied the connection of the Russian military base serviceman with the incident.

Artur Sakunts qualifies this as censorship towards the Armenian media and expresses his opinion that the embassy should apologize to mass media, ‘‘Such behavior of the Russian Federation also talks about the fact that the government of the RF try to take such actions under patronage, do not feel their responsibility, otherwise they would have a lot more competent and responsible attitude to the news disseminated by the Armenian media by exhorting to wait for official information and not qualifying it as provocation in the first place’’.

The Prosecutor of Shirak region told ‘‘Azatutyun’’ that the arrested serviceman is held in Gyumri. His first and last names are not publicized by the law enforcement bodies.