“Armenian Rehabilitation Center of Torture Survivors” will launch in Yerevan on December 1, 2018 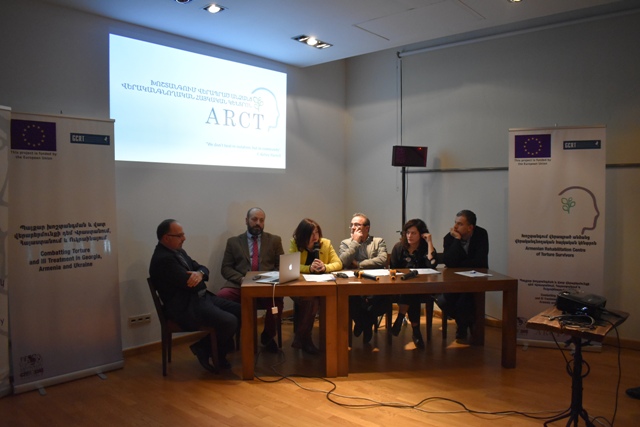 The rehabilitation center is opened by Armenian Scientific Association of Psychologists NGO in Yerevan by the sub grant project provided within the framework of “Combatting Torture and Ill Treatment in Georgia, Armenia and Ukraine” project which, funded by the European Union, is implemented jointly by Helsinki Citizens’ Assembly Vanadzor and Georgian Centre for Psychosocial and Medical Rehabilitation of Torture Victims (GCRT). The center will start operating on December 1, 2018. 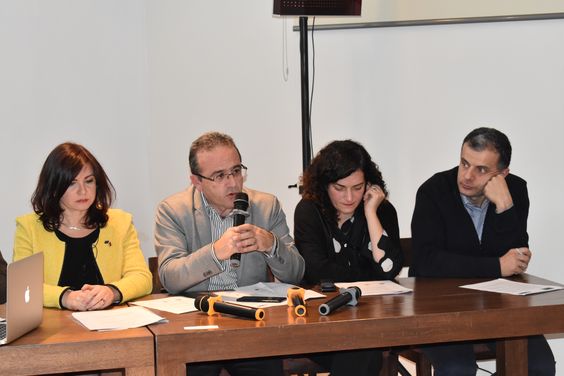 During the opening event, HCA Vanadzor chairman Artur Sakunts and Georgian Centre for Psychosocial and Medical Rehabilitation of Torture Victims executive director Lela Tsiskarishvili presented “Combatting Torture and Ill Treatment in Georgia, Armenia and Ukraine” project and the actions implemented within its framework. 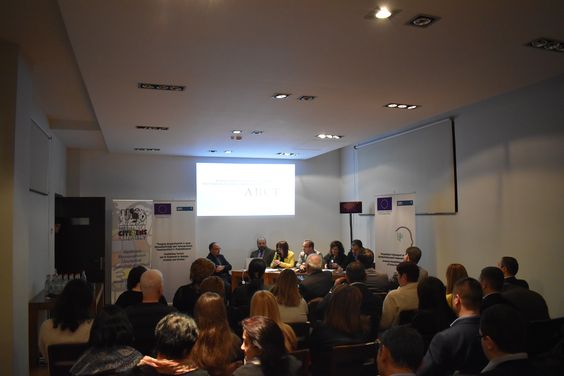 Ekaterina Dorodnova – head of Political, Press and Information Section of the EU Delegation to Armenia – also made a welcome speech. She also presented other projects implemented by the EU in Armenia.

Mushegh Yekmalyan – Head of European Affairs office, International Rehabilitation Council for Torture Victims (IRCT)- talked about the importance of rehabilitation of torture survivors worldwide and the link between prevention, rehabilitation and accountability. He also presented international experience in this sphere. 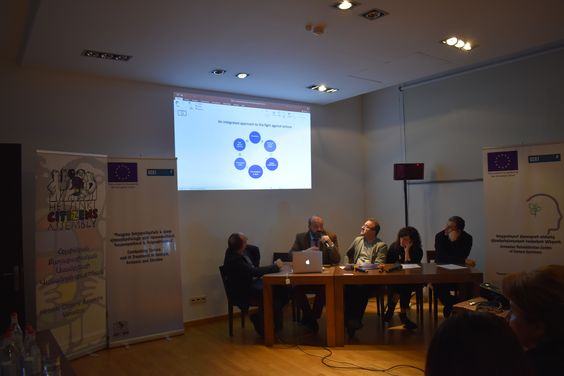 David Amiryan- Deputy Director for Programs of Open Society Foundations-Armenia – talked about Istanbul Protocols and how it can be used in the combat against torture.

He emphasized the importance of other structures’ and professionals’ support to human rights defenders in the combat against torture.

All the speakers mentioned the importance of the participation of various interested parties, professionals and especially state structures in torture survivors rehabilitation events and torture prevention. 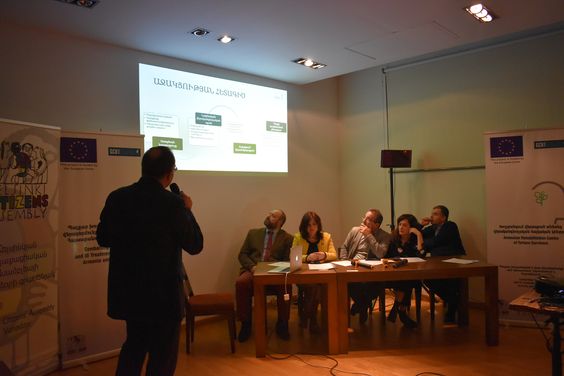 Sub-grant project director Davit Gevorgyan gave a detailed presentation of actions to be implemented by the rehabilitation center, possible colleagues and target groups. He emphasized that torture and other cruel inhuman treatment survivors and their families are planned to be provided with comprehensive physical, psychological and social support, involving a psychologist/psychotherapist, a social worker, a general physician and a psychiatrist.

During the first 10 months of the operation of the center, it is planned to provide support to around 150 persons in cooperation with human rights defender and other state structures.

Davit Gevorgyan also presented methodology and mechanisms of support provision and the opportunities of expanding the activity.

Representatives of the RA state structures and NGOs addressed questions and presented their observations on the activity of the Center, expressed eagerness to cooperate in the areas related to their activity.