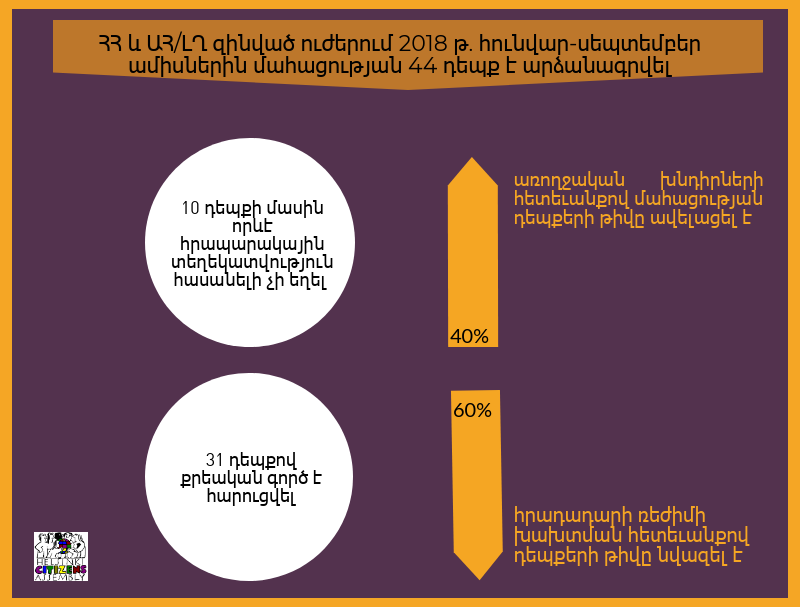 HCA Vanadzor presents a report on the fatalities in the armed forces of the Republic of Armenia and Republic of Artsakh/Nagorno-Karabakh during the period of January-September, 2018.

The data has been collected through mass media, information disseminated by official sources and in some cases, from the relatives of the dead servicemen.

According to this, 44 death cases have been recorded.

No public information was accessible on the other 10 cases. All those cases were considered as not related to the service.

It is noteworthy that official sources are selective in spreading information on the death cases not related to the service.

Criminal cases were initiated on 31 cases.