No game machines in gas stations since May 1, 2020 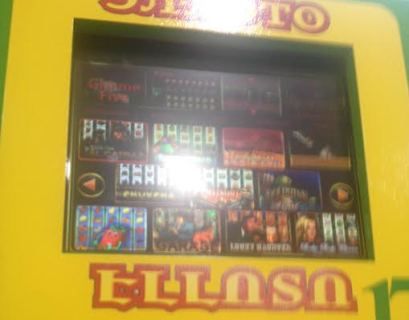 In April 2018, Nikol Pashinyan posted a video of Velvet Revolution march on his Facebook page, where he was speaking about game machines in gas stations, “They are, essentially, a way to rob citizens, and it should be ended. We adopt restrictions in regard to casinos, but new ways of robbing people are found”, Pashinyan said.

After the revolution, on May 24, 2018, HCA Vanadzor sent a note to Davit Ananyan, Head of the State Revenue Committee, claiming to hold liable “Goodwin” company, owner of “El-Loto” game machines.

The reason was the publications made by a number of media websites, where it was stated that placing the machines in nearly all the gas stations of the Republic of Armenia and in Yerevan administrative territory, the company not only violates law, but also contributes to the promotion of gambling. In the letter, HCA Vanadzor quoted Article 6 of RA Law “On games of chance and casinos”, whose part 3 paragraph 2 clearly determines that after January 1, 2014, those gaming machines can only be placed in the designated places, at the Government-established distance from educational and historical-cultural centers, administrative buildings of state and local self-government bodies, hospitals; also  casinos and (or) winning automatic games and (or) immediate (via the game room) online winning games can be organized in the territory of Zvartnots airport.

According to Article 9 of the same law, the authorised body, in this case State Revenue Committee, shall exercise supervision over games of chance or online games of chance and casino activities through carrying out on-site inspections and desk audit, and, based on the results thereof, apply sanctions provided for by Article 11 of this Law in case of revealing deficiencies specified by this Law.

On June 27, 2018, K. Karapetyan, Head of the Department of Operative Intelligence of the State Revenue Committee, informed HCA Vanadzor in his response note that they had sent a methodological inquiry to the Ministry of Finance to find out the legality of organization and conduction of lottery games by Goodwin company, based on the condition that in 2011, the Ministry of Finance provided the company with a license on the organization of lottery games.   Since K. Karapetyan’s letter was vague and had no exact answer to the issue raised, on July 3, 2018, HCA Vanadzor sent a new letter to Davit Ananyan, Head of the State Revenue Committee, claiming to hold liable Goodwin company. At the same time, HCA Vanadzor requested to get a copy of the license provided to Goodwin-Bet LLC, together with the substantiations.

Not recording a proper workstyle and steps by the State Revenue Committee, on August 22, 2018, HCA Vanadzor sent an administrative appeal to D. Ananyan against the above-mentioned decision made by K. Karapetyan, Head of the Department of Operative Intelligence of the State Revenue Committee, by which the latter informed that Goodwin-Bet had a license of lottery game organization and since May 30, 2015, an agreement was given for the organization and conduction of the lottery with “El Loto” brand name presented by the company. K. Karapetyan also stated that the Minister of Finance  had a legislative initiation. If approved by the NA, the operation of the machines will be considered as a game of chance and Article 6 (3) of the RA Law “On games of chance and casinos” will expand on their activity.

It turns out that in the previous 2 letters, HCA Vanadzor presented, thoroughly and in detail, the legislative regulations, according to which, game machines were not allowed to be placed in the administrative territory of Yerevan city and outside the administrative territories of Jermuk, Tsaghkadzor, Sevan, Meghri cities, and Goodwin-Bet company, owner of “El-Loto”, violated the requirement of the above-mentioned law and placed them in areas not designated by law, which is not considered a violation of law by Head of the Department of Operative Intelligence of the State Revenue Committee.

Based on the above-mentioned and guided by Articles 69-72 of the RA Law “On fundamentals of administration and administrative proceedings”, HCA vanadzor sent another letter, claiming that Davit Ananyan recognize invalid K. Karapetyan’s decision dated 27.06.2018 and oblige the State Revenue Committee to hold liable Goodwin-Bet company and to prohibit the operation of “El-Loto” game machines in places not designated by law.

Due to HCA Vanadzor support, Vanadzor pensioner’s appeal to a superior administrative body was upheld