Yazidi rights activist Sashik Sultanyan’s interview with an Iraqi news outlet was misinterpreted and used by a far-right provocateur to accuse him of an ‘anti-state’ conspiracy. A year later, Sultanyan faces three to six years in prison for ‘inciting ethnic hatred’ and will soon go on trial.

‘The charge I am facing [inciting ethnic hatred] is usually used to protect vulnerable groups — ethnic minorities, not another way around’, Sashik Sultanyan, the chair of Yezidi Center of Human Rights NGO, told OC Media.

In early autumn last year, far-right activist Narek Malian submitted a complaint to Armenia’s National Security Service (NSS) over Sultanyan’s alleged ‘incitement of ethnic hatred’. The incident in question was an interview Sultanyan gave to the  Iraqi-based Yazidi media outlet Yezidinews․com. In the interview, Sultanyan spoke about the problems he believes the Yazidi minority faces in Armenia.

The problems he mentioned range from a lack of language specialists in Yazidi community schools, to Yazidi villages where lands were illegally seized by oligarchs, to a lack of political representation, to the generalised poverty of the mostly rural Yazidi population.

‘It was supposed to be a personal conversation, and I was talking in simple language, which was maybe a bit emotional. But the thoughts I expressed were not made up and were far from inciting hatred’, Sultanyan said.

He added that when he was called by the journalist, he did not realise that it was an interview that would be recorded and published, he said that he thought he was just sharing his private opinions.

Sultanyan says that after the publication of the interview, he contacted the journalist, who later deleted it. Copies of the video, however, still remain online.

Lawyers from The Helsinki Citizens’ Assembly-Vanadzor, which is providing legal aid for the activist, called the translation ‘inaccurate’ and said that the ‘logic of the conversation was distorted and presented in a  negative context’.

The interview was translated ‘by a prejudiced person who is not even a certified translator’, a statement from  The Helsinki Citizens’ Assembly-Vanadzor reads.

In October 2020, the National Security Service initiated an official investigation, with Sultanyan charged in May 2021. After he was charged, Sultanyan’s home and the office of the Yezidi Center of Human Rights were searched by NSS agents who confiscated three computers, one of which belonged to a family member, as well as two mobile phones, and several USB sticks.

Armenia’s Prosecutor General, in a ‘clarification’ statement released on 5 August, justified the charges of ‘inciting ethnic hatred’ as Sultanyan supposedly said that Yazidis ‘experience discrimination in Armenia and cannot study their language or develop their culture’. The Prosecutor General also referenced supposed statements by Sultanyan that ‘Armenians had seized Yazidi property’ and ‘that Yazidis do not have the opportunity to advance in the state system’.

The statement appears to mirror both in tone and wording the translation made by Narek Malian — where, for example, ‘oligarchs’ seizing land is reinterpreted as ‘Armenians’ seizing land.

Narek Malian, is a prominent far-right activist and the founder of VETO, a far-right group that describes itself as focused on ‘revealing the network of foreign agents in Armenia’.

When VETO shared the video of Sultanyan’s interview Yazidinews․com on Facebook, it did not provide a direct word-by-word translation — instead only a summary written by Malian alongside a conspiracy theory that connected Sultanyan to Hungarian-American financier and philanthropist George Soros and a plot to overthrow Armenian statehood.

Since Sultanyan received a grant from the Soros-funded Open Society Foundation, Malian argued, ‘to sow ethnic conflict in Armenia’ with the ultimate aim of ‘overthrowing independent Armenian statehood’.

Sultanyan told OC Media that he was surprised that the National Security Service had seriously considered Malian’s complaint, as Malian regularly made unsubstantiated accusations against NGOs that received foreign funding and had started several spurious lawsuits.

After the June 20 elections, in which the ruling Civil Contract party — which VETO vociferously opposed —  won in a landslide VETO, along with other prominent Armenian far-right groups such as Adekvad appears to have become inactive.

The last post on VETOs Facebook page was on 14 June, it praised the opposition Armenia Alliance and I Have Honour blocs for their ‘intolerant position’ towards ‘foreign agents’.

The United Nations Human Rights experts, the Freedom House and the Human Rights Watch, had called Armenia’s authorities to halt the prosecution against Sultanyan.

‘It is not incitement to hatred or violence to raise human rights concerns about the treatment of minorities,’ the three UN Special Rapporteurs wrote in an announcement published by the UN Office of the High Commissioner for Human Rights. ‘Nor are minorities such as the Yazidis a threat to national security’.

According to them, the charges, ‘appear designed simply to intimidate Mr Sultanyan and others who stand up for minority rights’.

‘Fighting national and ethnic hatred is the key priority for any government, but it is not achieved through criminalising or otherwise violating the rights of those who speak out on matters of sensitivity’, the letter addressed to Davtyan reads. ‘Although it is fair to disagree with the statements Sultanyan made in his interview, or to challenge their accuracy, subjecting them to criminal investigation violates Armenia’s obligations to respect and protect the right to freedom of expression’.

The response sent by the Prosecutor General’s Office rebuffed the accusations, and stated that the prosecution was ‘initiated according to national and international norms’.

‘The circumstance of initiating criminal prosecution against Sashik Sultanyan can't be interpreted as repression of freedom of speech or interference in his human rights defender's activity’, the letter reads.

Giorgi Gogia, associate Europe and Central Asia director at Human Rights Watch told OC Media that according to international standards and analysis of the interview carried out by HRW ‘the opinions expressed by Sultanyan in his interview fall squarely within a legitimate and protected speech’.

If Sultanyan is found guilty by the Armenian justice system, Gogia said, there should be a consideration to apply to the  European Court of Human Rights.

‘Although it’s a single case for now, it is likely to have an impact far beyond, and I see how this can make Armenian civil society worried’, Gogia said. ‘Armenian authorities have international human rights obligations to protect the rights of national minorities and to ensure freedoms of expression and association in the country’. 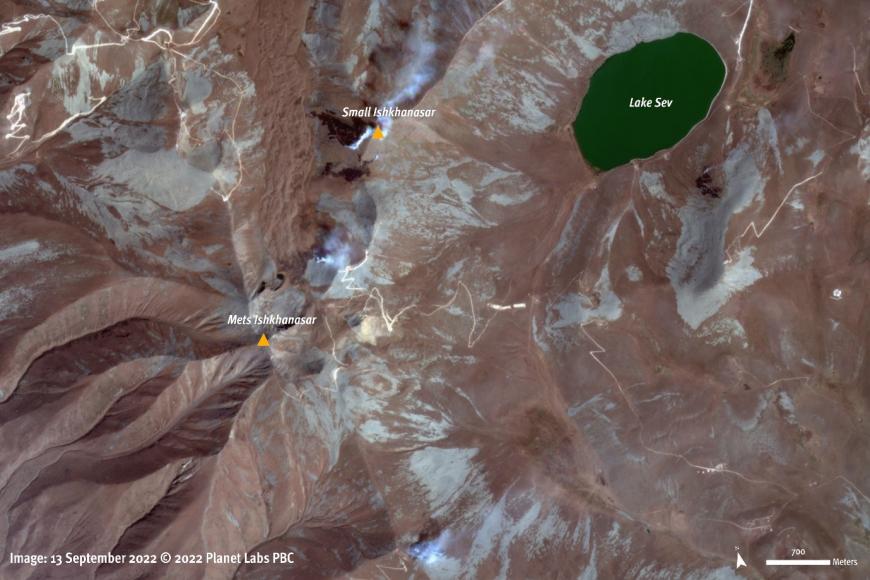