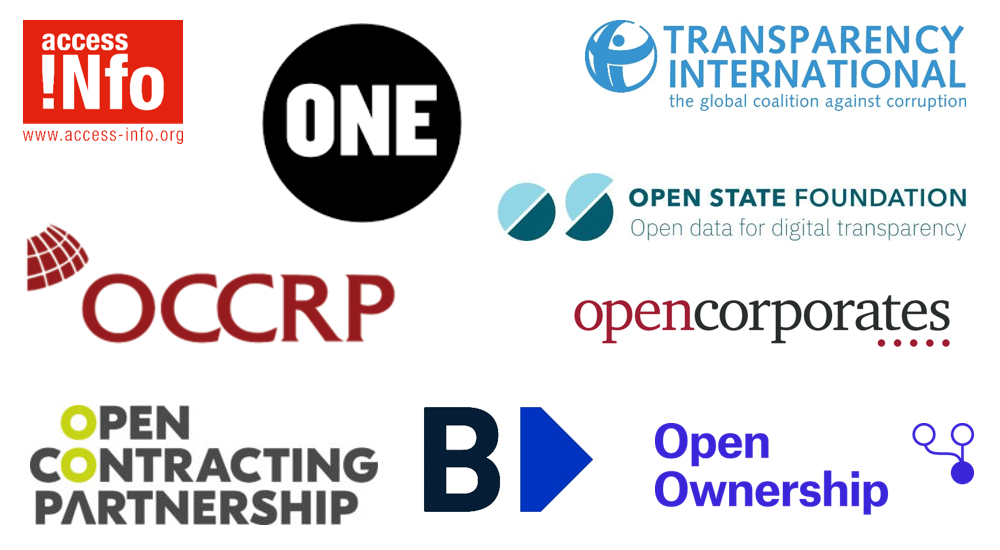 Brussels, 9 December 2020 – On International Anti-Corruption Day 2020, 101 leading transparency, anti-corruption and open data organisations along with investigative journalists from across Europe have called on the European Commission and national governments to act to ensure that company registers, including ownership and corporate structure data, are freely accessible and published in open data format.

In an open letter sent today to Thierry Breton, Internal Market Commissioner, and Vera Jourová, Vice President for Values and Transparency, the organisations respond to threats to reduce access to company registers to only very basic data, without the names of owners, when the EU agrees on the details of implementation of the 2019 Open Data Directive.

The letter states that the commitment to open company registers, including ownership and corporate structure data, is the most critical transparency and anti-corruption measure that the EU will adopt in 2020.

“More than $11 trillion has already been spent by governments all over the world urgently responding to the COVID-19 pandemic, and reliable information on who controls anonymous companies is central for identifying where this money goes and for preventing financial mismanagement, fraud and corruption,” said Laure Brillaud, Senior Policy Officer, Transparency International EU.

Addressing the importance of the open company data for investigative journalists, Drew Sullivan, Editor and Publisher of the Organized Crime and Corruption Reporting Project said: “The EUs plan to water down the Open Data Directive is a gift to organized crime and corrupt actors. Half-hearted transparency leaves loopholes which invite dark money into your system, undermining democracy, and ultimately promotes plutocracy. As a European directive, you need a rock hard standard that can serve as a bedrock for democracy."

“High-quality and readily-accessible company ownership information is essential to carry out proper due diligence on potential fraudulent or false companies, and therefore is essential for both governments and other businesses operating in the European space,” said Robin Hodess, Director of Governance & Transparency at The B Team.

Emily Wigens, EU Director of The ONE Campaign, added: “Developing countries lose more than $1 trillion each year as a result of secrecy and shady deals. The public, including journalists and civil society organizations, plays a critical role in exposing corruption and bad deals, so must have full access to open company ownership data for the EU’s company registers to be effective.”

"We see that most big cases of fraud, corruption and tax evasion are uncovered by journalists and civil society. Unrestricted access to these data is essential for these organizations to play their part" stated Serv Wiemers, Director Open State Foundation.

Partial progress has already been made towards this goal, according to Jesse Renema Senior Project Lead of the Open State foundation: “We are halfway there as the European Union’s 5th Anti Money Laundering Directive (AMLD5), already requires open registers of beneficial owners of companies. To complete the anti-corruption package, it is essential to commit to fully open company registers.”

Addressing privacy concerns, Helen Darbishire, Executive Director of Access Info Europe explained: “When legislators determine – as they have done with the Open Data Directive – that certain data needs to be made public, including the names of company owners, to combat corruption, this has a legal basis and is proportionate and entirely consistent with data protection rules. There cannot be backtracking now because of lobbying by businesses not ready to be open.”

Addressing the concern that opening up company data will have an associated cost for national company registers, Thom Townsend, Executive Director, Open Ownership, stated: “It is evident that the cost of publishing this essential information is minimal compared to the significant economic savings and invaluable societal benefits that accrue from avoiding fraud and corruption.”

Chris Taggart, of the business Open Corporates, added: “This data is essential for entrepreneurs across Europe, such as the business that I run. If the EU is serious about supporting open data for entrepreneurship, they should start with pivotal data sets such as company registers. In a financial crisis and risks of increasing unemployment, the way ahead is to act on the EU’s digital strategy promises and keep this data open.”

The signatories to the letter call for the following company structure and ownership information to be the absolute minimum made public under the Open Data Directive:

They note that standards have already been set in the UK and Denmark, with the information in these company registers available as open data.

The letter concludes by arguing that the European Commission and Member States should now guarantee full publication of companies and company ownership information as a high-value dataset in implementing the Open Data Directive, under a genuinely open licence without additional restrictions: “Anything less than full publication, would ultimately foster an environment where corruption is allowed to persist. This is the time for more transparency and accountability, not less.”