Request for urgent action to UN Special Rapporteurs on instances of execution, torture and ill-treatment of Armenian civilians and servicemen by Azerbaijani armed forces personnel 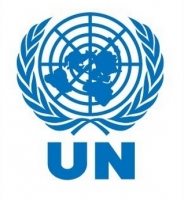 We are writing to follow-up on the Armenian civil society organizations’ Urgent call for action on instances of extrajudicial and arbitrary execution, torture and other cruel, inhuman or degrading treatment based on hatred against Armenians and public display of such acts on social media by Azerbaijani armed forces of 23 October 2020.

We had provided you with credible information on instances of crimes committed against Armenian civilians and servicemen by the Azerbaijani military personnel during the armed conflict in Nagorno- Karabakh (Artsakh) launched by Azerbaijan on 27 September 2020.  It is regrettable that the issues of flagrant violation of the core human rights and war crimes by Azerbaijani armed forces have not been duly addressed by independent human rights experts as violations of rights of Armenians fall under your mandates respectively, including during an armed conflict. International Human Rights Law and respective standards do not cease to be applicable during the armed conflict.

We welcome the fact that the UN High Commissioner on Human Rights spoke about one incident that is in-depth investigations by media organizations into videos that appeared to show Azerbaijani troops summarily executing two captured Armenians in military uniforms uncovered compelling and deeply disturbing information. However, this reaction is not sufficient and does not ensure the objective of creating mandates like yours: to report and advise on human rights from a thematic or country-specific perspective, to assist the member states to better comply with their commitments. So far, despite the documented systematic practice of Azerbaijani armed forces of war crimes against residents of Nagorno-Karabakh and prisoners of war, brought to your attention, your mandates have neither reported nor advised on these issues. Speaking up now is of paramount importance not only to condemn committed war crimes but also to prevent more war crimes from happening. There are reportedly over 60 prisoners of war and 40 civilians-residents of Nagorno-Karabakh in the hands of Azerbaijan and their return is pending despite the end of hostilities on 9 November. The situation is even more worrisome in light of the fact that well-documented previous record of torture, willful killing and beheading of prisoners of war-soldiers of Nagorno-Karabakh Defense Army and ethnic Armenian civilians fallen in the hand of Azerbaijan both in peace time and during the escalation of April 2016.

Cases of violent executions, beheadings while alive, torture and inhuman treatment of Armenian servicemen and civilians in the hands of Azerbaijani armed forces, as well as mutilation of their bodies and remains by Azerbaijani military personnel accompanied by extreme hate speech and manifested hatred against ethnic Armenians continue to emerge even after the end of hostilities.

Incidents amounting to war crimes are posted and disseminated on social media networks by perpetrators or people affiliated with them. These videos are open to anyone, including children. On most of them some of the soldiers-perpetrators are identifiable. They do not attempt to shield their faces and still chose to publish the videos in question. That shows that the perpetrators are not concerned of being punished for such heinous acts. By posting several videos, including execution in cold blood, beheading while alive of residents of Nagorno-Karabakh in the hands of Azerbaijani armed forces, torture and other forms of ill-treatment, the perpetrators demonstrate not only systematic nature of such practice but also boast about war crimes and impunity.  Silence of the UN special procedures a lack of adequate condemnation both locally and on international level allow such acts to happen and go unpunished.

Some of the examples of war crimes against prisoners of war and civilians by the Azerbaijani armed forces following the 27 September 2020 offensive are provided below.

Execution of prisoners of war

On 30 October 2020, a video footage filmed by Azerbaijani armed forces appeared in social media showing at least 19 bodies of servicemen of Artsakh Defense Army some handcuffed and others naked. Some of the bodies of the military personnel had sacks on their heads and their hands were tied behind their backs. The geolocation of the footage was in Kovsakan (Zangelan) which at that time was under the control of the Azerbaijani armed forces.

Other instances of beheading of Artsakh Defense Army soldiers were revealed in social media as well.

Execution of civilians in the hands of Azerbaijani armed forces

On 7 December 2020, another video appeared on Telegram channel showing how an Azerbaijani serviceman, apparently a member of the Special Task Unit, cold-bloodedly beheaded an elderly Armenian person while we was desperately begging “to spare his life”. At least two of the soldiers in the video are identifiable.

Apart from that, reportedly a subversive group of Azerbaijani armed forces entered Togh village of Hadrut region of Nagorno-Karabakh and killed two civilians beheading one and shooting the other in mid-October 2020.

Information on widespread and state-sponsored practice of beheading of Armenian servicemen and civilians was confirmed by the testimony of a Syrian mercenary detained by the Artsakh Defense Army who told that he was promised 2,000 USD per month for fighting in Artsakh and 100 USD as a “reward” for every decapitated head of a “kaffir” (unbeliever).

Torture and mutilation of ethnic Armenians by Azerbaijani armed forces

On another video disseminated on social networks Azerbaijani armed forces cut the ear of an elderly Armenian civilian man who fell in their hands. The fate of this person is unknown.

One more video depicts brutal beating and what appears to be cutting nose alive of a civilian Armenian man in the hand of Azerbaijani forces.

Public information also reveals instances of humiliation and ill-treatment of prisoners of war and civilians. A footage was published in Azerbaijani social media showing a group of soldiers of the Nagorno-Karabakh Defense Army were ordered to sit on their knees, with hands behind their heads and loudly pronounce that “Karabakh is Azerbaijan” and other similar instances. Another video showed a soldier of the Nagorno-Karabakh Defense Army being kicked on the head and ordered to swear on the Armenian Prime Minister Pashinyan aiming to humiliate the leader of the country and the person in question.

The fact of mistreatment of Armenian prisoners of war by Azerbaijani authorities had been addressed by Human Rights Watch in the recent report.

On 18 November 2020, video footage was posted on social media showing an elderly man who was barely able to walk, being inhumanly treated by the Azerbaijani military personnel. Later on 19 November 2020 the Human Rights Ombudsman of Artsakh, stated that the person was 80-year-old J. T., a resident of Shushi, who did not manage to leave Shushi and fell under the control of the Azerbaijani armed forces.

Apart from the above-mentioned practice, there are numerous instances of mutilation of dead bodies of servicemen of the Artsakh army filed and widely disseminated through social networks. The fact that such instances take place, are filmed and proudly disseminated on social networks demonstrates that such acts go unpunished, are promoted in Azerbaijani armed forces and perpetrators enjoy impunity.

In this respect, we state with deep regret that silence of international human rights institutions against such heinous acts against Armenians encourage the criminals to carry one; severely undermines the protection of rights, lives and well-being of thousands of Armenians living in Nagorno-Karabakh, as well as allows the Azerbaijani authorities to continue anti-Armenian discriminatory policies. Such practice aims to create an environemnt of horror, fear and prompt ethnic Armenian population of Nagorno-Karabakh to leave the territory under the prospects of expected coexistence.

The current situation and circumstances in question require the urgent attention and actions of international human rights protection agencies as a real manifestation of protection and promotion of fundamental human rights in line with the UN’s motto:  leaving No One Behind.

Thus, we respectfully request the Special Rapporteur on extrajudicial, summary or arbitrary executions, Special Rapporteur on torture and other cruel, inhuman or degrading treatment or punishment, and the Special Rapporteur on contemporary forms of racism, racial discrimination, xenophobia and related intolerance to stand for the protection of the core human rights of Armenians protected by the International Covenant on Civil and Political Rights, to condemn in the strongest terms possible the criminal acts committed against Armenian civilians and servicemen by Azerbaijani armed forces, to urge Azerbaijani authorities to discontinue any acts that puts the lives and limb of prisoners of war and civilians in the hands of Azerbaijani authorities at risk as well as to conduct effective, thorough investigation and bring to justice those responsible for crimes against Armenian servicemen and civilians without delay.