After the struggle that lasted for around 2 years, the Court upheld HCA Vanadzor lawyer’s claim in the case of former serviceman who had acquired a disability 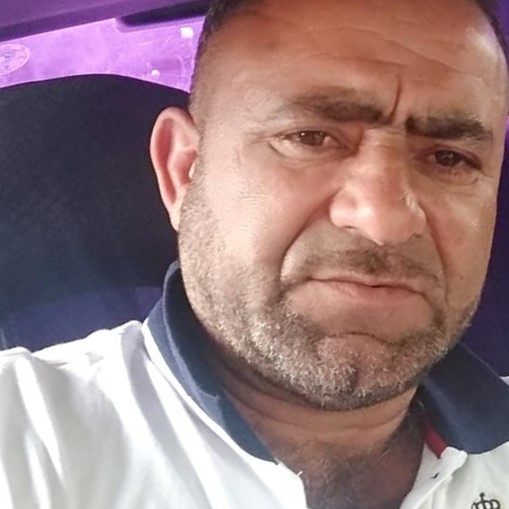 HCA Vanadzor lawyer asked the Court to recognize null and void Tavush region medical-social expertise commission's decision to illegally deprive Garnik Lalayan of the disability group and oblige the commission to classify Garnik Lalayan’s disability as that of the 3rd group.

RA Tavush region Nerkin Karmiraghbyur village resident Lalayan applied to HCA Vanadzor in 2018 in order to get legal aid. Due to difficult social conditions, the former contract serviceman, aged 47, could not afford a lawyer’s services.

As Garnik told, in 2016, Tavush region medical-social expertise commission classified 2nd group of disability with AMD 81,000 pension. In 2017, recording improvement in Garnik’s health state, the same commission decided to lower the group from 2nd to 3rd with AMD 59,000 pension. Moreover, as Garnik told, the head of the commission suggested the 3rd group for an indefinite period of time. ‘Isn’t it clear what the head suggested the 3rd group for? Everyone knows that on the commission day they take one month’s pension from inside the passport, who doesn’t know it? They take a whole year’s pension to establish the disability group for the rest of a person’s life’, outraged Lalayan tells the Office about corrupt manifestations of the sphere.

On February 16, 2017, Garnik appealed the decision and on May 3, he underwent an expertise in the expertise department of medical-social expertise agency, which, however, left the regional commission’s decision unchanged. On March 26, 2018, being deprived of the third group, Lalayan again appealed to a superior body. On April 3, 2018, he again underwent an expertise and the decision was left unchanged. Moreover, the citizen was not officially notified about being deprived of disability group. He learnt about it accidentally in Berd department of social security service. Garnik, who lost his job because of his disability, says that he was obliged to take loans in order to care for his family. The loans grew larger like a snowball and penalties were added to it and reached around 2 million drams, which he has not been able to pay off so far. Previously, he could pay from his pension, but now he is ''stuck'' in loans.

Garnik says that the legal aid that he received from HCA Vanadzor is invaluable for his family, ‘Our only income was my pension, of which I was deprived. I had no financial opportunity to afford a lawyer’s paid services. But for HCA Vanadzor, I don’t know how I would manage all of this’.

The state did not even assist him to restore his set of teeth injured as a result of mine explosion and he was not offered another job in the MoD system. The citizen, who damaged his health while protecting the country, applied, in a written form, to the RA Prime Minister Pashinyan, former and current Ministers of Defense, Labor and Social Affairs, NA deputies in order to speak up about his violated rights. He also had a Facebook correspondence with the officials and the latter promised to respond, but soon forgot their promises. Having expired all the state instances, as a last hope, he applied to Helsinki Citizens’ Assembly-Vanadzor. ‘In February 2018, when I was groundlessly deprived of the disability group during the previous regime, I was obliged to fight for 4 months. When the situation changed in the country, I hoped justice would be restored, but nothing changed. I turned to many officials. Everyone listened, everyone was surprised, they promised and then forgot. I was in the RA Ministry of Labor and Social Affairs twice and met the current Minister. Again, promises and then ignorance. So, I had to apply to HCA Vanadzor in order to restore my violated rights in a judicial order’.

By the way, during that period, Lalayan received an unexpected letter from the RA MoD, in which it was stated that they could not allocate financial means for the restoration of his set of teeth. The Ministry also refused to restore Lalayan’s contract service based on the Central military medical commission’s decision, according to which he was recognized unfit for military service in peaceful conditions.

‘I had nothing to lose’, said the former military serviceman while listing the unjust actions that he faced. For around two years on end, HCA Vanadzor lawyers Syuzanna Soghomonyan and Hayk Hakobyan represented Garnik Lalayan’s interests in the Court.

On September 10, 2018, Syuzanna Soghomonyan made a claim to the RA Administrative Court to recognize null and void the decisions made by Medical-social expertise commission on March 26, 2018; April 3, 2018 and July 6, 2018, and to oblige the aforementioned commission to recognize Garnik Lalayan’s disability of the third group. On September 26, 2018, the proceedings of the case commenced. During the preliminary session on April 1, 2019, HCA Vanadzor lawyer Hayk Hakobyan once again specifies the claim of the application, namely, to oblige the Medical-social expertise commission to recognize null and void the former decisions and make a decision recognizing Garnik Lalayan’s disability. The Court decided to appoint a forensic medical expertise. The suspended proceedings of the case restarted months later and trial was appointed, which finished on February 3, 2020. On February 24, 2020, the Court upheld Lalayan’s claim by obliging Tavush region Medical-social expertise commission to make a decision to recognize Garnik Lalayan’s disability and classify him in the 3rd group, which stemmed from the criteria established by forensic medical expertise.

‘As the court sessions continued, I was gradually losing my hope, but finally, it came off. First of all, this was due to HCA Vanadzor professional lawyers. In the claim, they presented all the facts and substantiations, which, just as the forensic medical expertise, played a very important role. And Judge Arkadik Mkrtchyan had a fair approach towards my case in the first place. I am sure, that learning about my case, many will turn to get the Organization’s aid. I myself recommend it’.

Garnik says that the judicial red tape that lasted for around 2 years taught him a lot. ‘Communicating with the lawyers, I started to understand law better. From now on, I will be more determined and demanding in matters of the protection of my rights’, he says. After the judgment is officially in force, HCA Vanadzor lawyer Hayk Hakobyan is planning to file a new application with the Court claiming to compensate for the damage caused by improper administration.