Artsakh: The Statement from the Civil Society Representatives 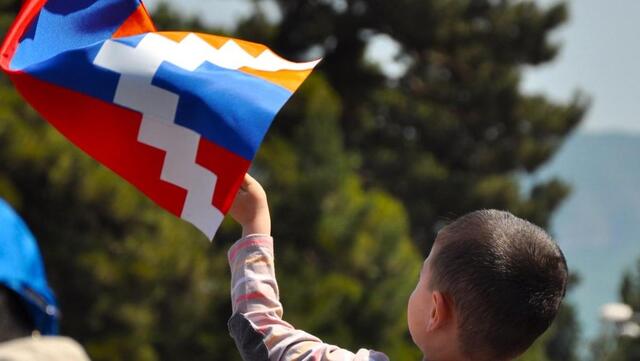 On April 13, 2022 in his speech at the RA National Assembly the Prime Minister discussed the conclusion of a peace agreement between Armenia and Azerbaijan, the demarcation of the borders, the status of Artsakh, the expectations of the "international community" and other issues.

In his speech, the RA Prime Minister, in particular, noted. "Today, the international community is telling us again to lower your bar on the status of Nagorno Karabakh, to ensure greater international consolidation around Armenia and Artsakh."

It is obvious from the speech of the RA Prime Minister that some process is in preparation which may have serious and dangerous consequences for the security of the citizens of Artsakh, the guarantee of fundamental human rights, and may ultimately lead to the endangerment of security and peace.

Large-scale hostilities ceased after the trilateral statement signed by Russia, Armenia and Azerbaijan in November 2020 though Azerbaijan has repeatedly violated the agreements.

Until now, Azerbaijan has not returned all the captives, it has occupied at least 41 square kilometers of Armenia, killing, capturing servicemen, violating the ceasefire, threatening to occupy territories (on December 12, 2020 Khtsaberd and Hin Tagher villages, Dizapayt hill in Hadrut region, on March 24, 2022, the village of Parukh, whose residents left the village and Karaglukh strategic hill in the Askeran region, endangering the security of the civilian population in the area), deliberately targeting civilians (killing 3, injuring more than 10 people), created a humanitarian catastrophe for the population of Artsakh. The peacekeeping mission of the Russian Federation is not able to fully guarantee the security of the people of Artsakh. The residents of the border settlements of Armenia are under constant terror, their life, security, property and other rights are endangered.

We, the undersigned, believe that yes, there is no alternative to peace, but there can be no real, dignified, lasting peace without a law-abiding state with a policy of hatred towards ethnic Armenians, whose actions prove on the falsity of the peace agenda, pursuing an open policy of eliminating Armenia's defense capabilities, isolating Armenia, perpetual aggression and annexation.

The government of Azerbaijan, violating the principles of international law, which require the settlement of disputes and conflicts exclusively by peaceful means, without the use of force or threats, is trying to impose on Armenia a "peace treaty", a demarcation process that does not meet international law standards. Under the 1969 Vienna Convention on the Law of Treaties, a treaty signed under duress may be declared invalid. In addition, any agreement must comply with the Constitution of the Republic of Armenia.

The Armenian authorities are obliged to discuss all violations of international law by Azerbaijan, such as the unleashing of war, aggression against Artsakh, war crimes committed against the civilian population of Artsakh, servicemen, and obvious hatred towards Armenians in all relevant international structures and negotiation platforms. It is the responsibility of the Armenian authorities and the international community to provide the necessary security guarantees and to exclude the ethnic cleansing and annihilation of the Armenians of Artsakh, which will be inevitable if Artsakh is included in Azerbaijan in any capacity. It is imperative to wait for the decision of the UN Court of Justice before the agreement is signed, while Azerbaijan violates the interim measures it has set.

The security guarantees of Artsakh, as well as of Armenia, can be ensured by the full application of the toolkit of international law, with the participation of international organizations, for which the Armenian government has not taken sufficient actions. The leadership of the Republic of Armenia is obliged to make necessary, effective efforts aimed at the protection of the rights of the citizens of the Republic of Armenia and the people of Artsakh and not to leave the ongoing aggression of Azerbaijan unpunished by inaction and imperfect effort.

We urge the Armenian leadership to immediately apply to the UN Security Council as a matter of priority to ensure international protection and security guarantees in the event of threat and aggression by Azerbaijan and to impose sanctions in case the aggression is not stopped. The principle of "responsibility to protect" of the UN should be applied to Artsakh. The international community calling for peaceful coexistence between Armenia and Azerbaijan must be ready to overcome geopolitical differences in order to carry out a joint peacekeeping mission in Artsakh.

We urge the Armenian leadership to discuss the human rights and the humanitarian law violations in Artsakh at the UN Human Rights Council to ensure that violations are recorded and that possible further violations are prevented. 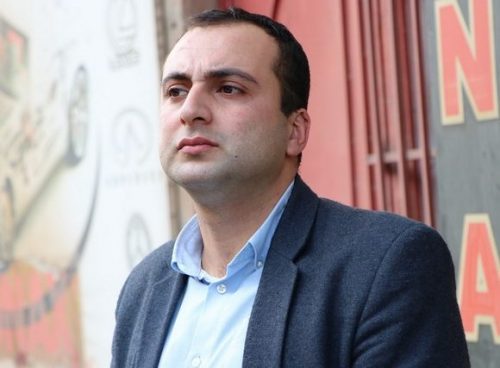 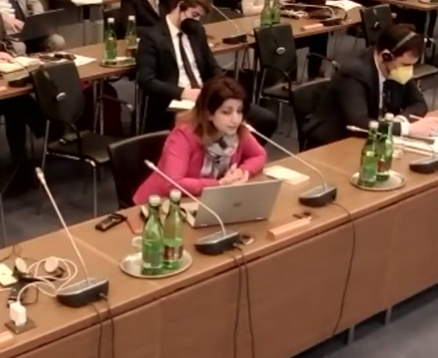