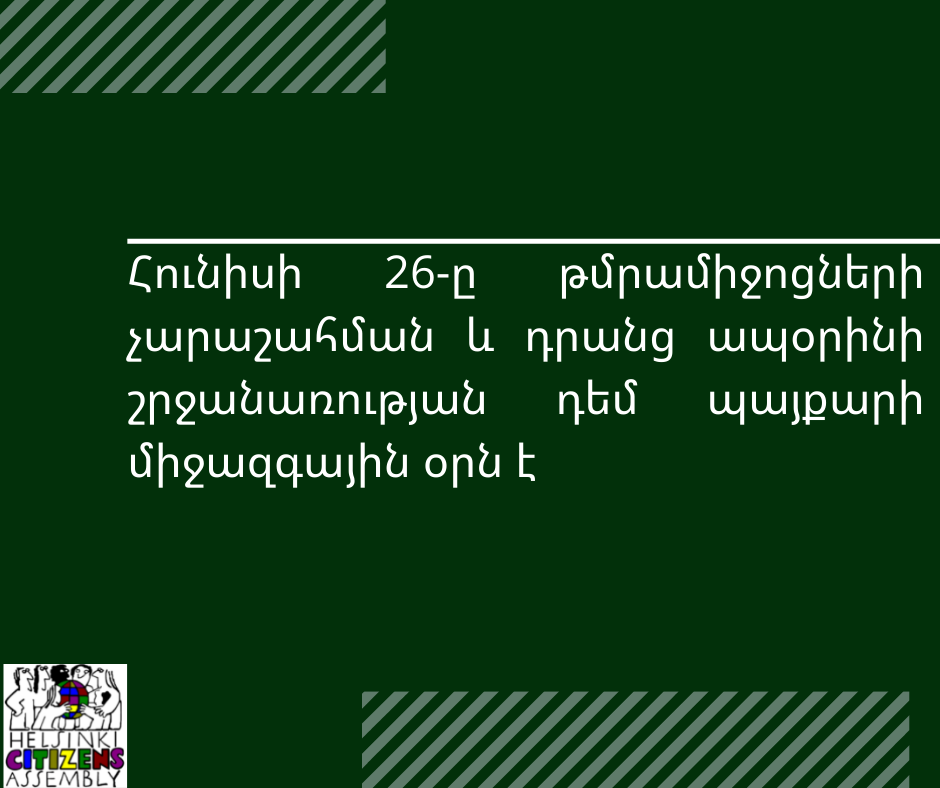 Though over recent years, more attention has been paid and more efforts have been aimed at the rights of drug users, and particularly, the right to health, inpatient treatment and rehabilitation services are still not available to them. The RA National Center for Addiction Treatment, Gyumri Mental Health Center, Lori Regional Neuropsychiatric Dispensary and Syunik Regional Neuropsychiatric Dispensary provide inpatient  medical services to drug users. This means that these services are available only in Yerevan and three regional centers of the Republic.

The number of registered drug users is growing in the Republic of Armenia. For example, in 2014, the number of drug users was 5357, while as of 1 January 2022, there were 7570 drug users. According to specialists, this number can be multiplied by at least 5, as in the initial stages, people usually avoid going to the doctor and they only go to the doctor after complications and psychosomatic symptoms emerge (law enforcement bodies also refer them to examinations). This is largely conditioned by the existing stigma against drug users.

It is important to review the approaches in combating drug trafficking, and give priority to human rights-based approaches when developing policies related to drug users.