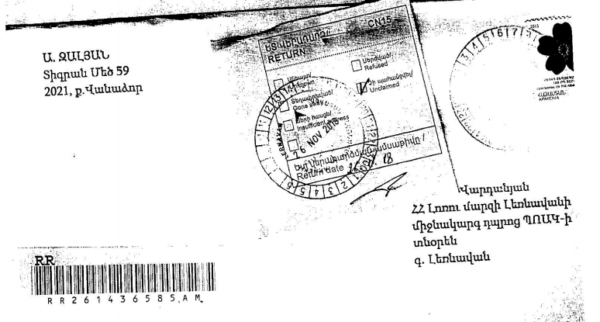 For months on end, Lori region Lernavan village school headmaster Paytsar Vardanyan has been refusing to receive advocatory queries from HCA Vanadzor lawyer Arayik Zalyan. Two letters sent to her in November, 2018 were returned with “Not required” note.

With the purpose of protecting the working rights of two employees of the school, A. Zalyan applied to P. Vardanyan – headmaster of the school – to get documents pertaining to his constituents.

As the letter was returned for the first two times, A. Zalyan applied to “HayPost” CJSC to find out whether HayPost employee performed his duties properly or not.

HayPost CJSC temporary director Hayk Ayvazyan mentioned that a disciplinary penalty would be imposed on the employee for returning the letter earlier than the deadline officially established. In spite of this, the letter of the same content addressed to the headmaster of the school on January 8, 2019, was returned the same way.

By this, P. Vardanyan not only manifests a behavior inappropriate for a general education school headmaster, but also obstructs the lawyer’s work.

On January 18, 2019, A. Zalyan applied to the Prime Minister of the Republic of Armenia Nikol Pashinyan to eliminate the inaction of the school headmaster and bring her to liability. 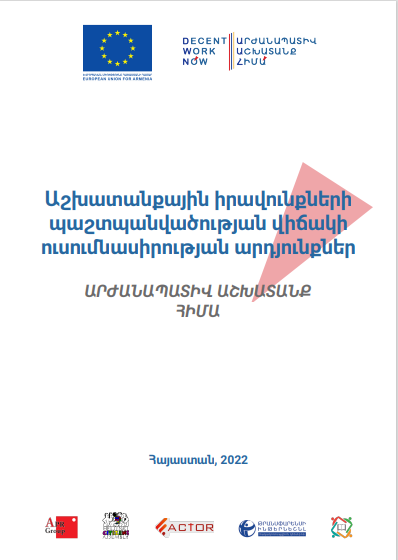