Torture was perpetrated but the NSS cannot find the torturer; no progress has been recorded in the case of Marts village, Police impunity has not been overcome in the Republic of Armenia yet 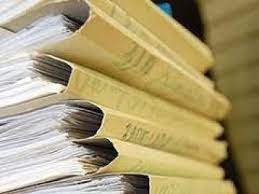 In the frame of the criminal case initiated based on the use of violence against participants and those suspected of participating in the incident that took place near Marts village, the body conducting the proceedings still “does not know” the person to be accused. Whereas, the victim clearly pointed out those guilty. The NSS does not give an opportunity to the victim to familiarize with all the materials of the case and refuses to appoint a forensic psychological examination.

The criminal case was initiated on the ground of torture, based on the report made by HCA Vanadzor and one of the victims.

The incident took place on 14 August 2021: a Ford car crashed while being chased by a police car, and two persons died as a result. After that, fire was set to VAZ 2106 car, which was driven by the policeman. For this reason, the policeman started intimidating residents of Marts and nearby villages, and used violence against men.

In the crime report, HCA Vanadzor clearly mentioned that in addition to using torture and psychological pressure to extort a testimony, the police officers did not manifest the necessary professional skills in dealing with persons in an emotionally tense state, as well as in the correct assessment of the possible consequences, and justification degree of the chase, thus creating emergency situations and threats to the life of the village children;they did not assure and hindered those persons’ right to medical aid,  seized residents’ belongings, and natural flow of life was compromised in Marts village.

HCA Vanadzor also presented a separate report on illegal actions of the Police.

S.G., who was subjected to violence in the frame of the criminal case initiated on 24 September 2021, was recognized as the victim. HCA Vanadzor advocate Samson Galstyan undertook protection of his rights.

On 17 February 2022, the advocate applied to V. Karapetyan, PIC senior investigator of the NSS Investigative Department investigating the case, requesting to make it possible for the victim to familiarize with all the materials of the criminal case, as victim S.G. only had an opportunity to familiarize with the records of investigative actions implemented with his participation, and conclusions of the expert examination. Not having access to all materials of the case  hinders effective exercise of the victim’s rights. On the same day, HCA Vanadzor advocate made a petition to appoint a forensic psychological-psychiatric examination for the victim, as an expert psychological examination could assure essential evidence with respect to the condition of a torture victim having been subjected to violence. Nonetheless, only a forensic medical expert examination was appointed in the frame of this criminal case․

Despite these substantiations, V. Karapetyan, the investigator conducting the proceedings, rejected the petition to appoint a forensic psychological examination, and refused to provide the victim with all the materials of the case, considering them confidential materials of the preliminary investigation.

Investigator Karapetyan also substantiated refusal to appoint a forensic psychological examination by stating that the case proceedings were resumed and that the petition presented no reasonable grounds for appointing a forensic psychological examination.  In the meantime, the investigator also recorded, “The body conducting the proceedings stated that a prima facie case of torture was perpetrated against S.G., credibility of his testimonies did not generate any doubt, whereas, the person to be involved as the accused is unknown”. It is unclear how the investigator records the condition of having been subjected to torture, finds the relevant testimonies credible, and cannot find the persons described in those testimonies, though the victim clearly pointed out who the perpetrators were.

Moreover, the investigator does not find any reasonable grounds for appointing a forensic psychological examination, though the European Court of Human Rights stated that while investigating a case of ill-treatment, the body conducting the proceedings should disclose existence of fear, anxiety and a sense of inferiority, and its impact on the victim’s will, which means that in the context of torture, not only physical, but also psychological aspects are taken into account, whereas a forensic medical examination only allows for disclosing physical aspects. This means that on the one hand, the investigator records that torture was perpetrated, and on the other hand, they cannot find the one who perpetrated torture.  This evidences that the investigation was not effective, and the investigator did not take sufficient efforts, especially given that there are obvious facts that were also addressed in the report compiled by HCA Vanadzor. The victim also clearly pointed out the perpetrators. By suspending the criminal case proceedings, the investigator is trying to protect police officers against criminal liability, and the victim is being deprived of the opportunity to familiarize with the criminal case materials, and it is not known when and in what conditions the case will resume.

HCA Vanadzor is to appeal the decision of the body conducting the proceedings.