Cease the activity of the RF border service in Zvartnots airport 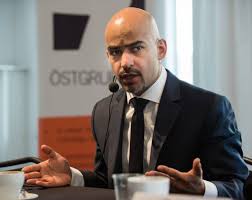 On the night between April 30 and  May 1, Mustafa Nayyem – member of the Rada of Ukraine – arrived at Zvartnots airport with the view to participating  in the anti-corruption forum supposed to take place on May 2, 2019, and found out that he had a prohibition on entry. The RF border guards refused to inform him on the reason for the prohibition by only stating that he was “an undesirable person”.

Later he was informed that the prohibition was imposed not by the Republic of Armenia, but rather by a third country, which is, in his opinion, the Russian Federation, since previously there had been such precedents with Ukrainian citizens. Mustafa Nayyem received an RA entry permit only with the interference of the Embassy of Ukraine in the Republic of Armenia.

It should be mentioned that on March 11, 2019, before this incident, the query presented by HCA Vanadzor pertaining to the grounds of the RF border guards carrying out border service in Zvartnots airport received  a response from the RA National Security Service, according to which the border guards of the RF Federal Security Service carry out their service in Yerevan city Zvartnots airport in compliance with Article 2 and Article 4 of the contract on ''The situation of the RF border guards located in the RA and conditions of their activity'' signed between the Russian Federation and the Republic of Armenia on September 30, 1992.

Undesirable persons who have entry restrictions for the RF are automatically considered undesirable regarding their entry to the RA, which is completely ill-founded. It is an action with no legal grounds and contradicts both the RA Constitution and the RA Legislation and amounts to a conduct contradicting the RA sovereignty.

Undoubtedly, such an illegal and anticonstitutional action violates the human right to the freedom of movement, which does not stem from any norm of the RA Constitution or Legislation. There is an actual attempt to extend the RF aggressive policy towards Ukraine to the Ukrainian citizens who enter the Republic of Armenia, which does not comply in any way with the policy adopted by the new governments of the RA, which supposes not regulating bilateral relations based on the relations with a third state.

Based on the aforementioned, we claim

1․ That an examination be conducted to find out the conditions of the entry hindrance of Ukrainian citizen and member of the Verkhovna Rada of Ukraine - Mustafa Nayyem,

2․ We claim that the RA NA deputies, irrespective of their party affiliation, apply their powers as defined the constitution and apply to the RA Constitutional Court with the matter of the compliance of the contract on ''The situation of the RF border guards located in the RA and conditions of their activity'' signed between the Russian Federation and the Republic of Armenia on September 30, 1992 with the RA Constitution.

Cease the activity of the RF border service in Zvartnots airport