The serviceman who returned from captivity with serious psychological and physical problems is now again in military service; the MoD sees no problem in this 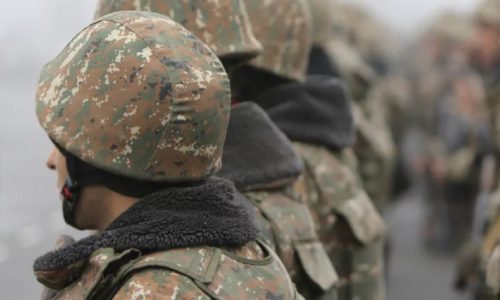 Narek Sirunyan, who returned from captivity in summer, has been drafted again, despite serious health and psychological problems. He factually has injuries on five parts of his body. His father applied to HCA Vanadzor, and in his words, besides the fact that he has not yet recovered psychologically, he also cannot stand for a long time, and freely move his hands.

Though after the letter of HCA Vanadzor, N. Sirunyan underwent an examination, none of his health problems was solved, and he was again taken to the military unit to continue serving his military service despite his unsolved health problems.

Narek was drafted to the army in August 2020, participated in the war launched in September, and was taken captive, with numerous injuries, in late November. He returned from captivity in June 2021, and was drafted again in December.

The MoD responded that before being drafted, he had undergone psychotherapy and was then granted a 15-day vacation, and stated that he was under control of an officer-psychologist in the military service. With regard to physical health, the MoD informed that results of physical examinations showed no need for inpatient treatment.

Having received this response, HCA Vanadzor applied to the Defense Minister for a second time. In the second letter, we again stressed that N. Sirunyan continued complaining of physical and psychological problems, and it is obvious that the implemented actions were incomplete and did not properly target the relevant issues.We have not received any response from the MoD yet.

Our studies show that these problems are widespread: the volume of measures taken by the Government’s action towards overcoming psychological problems that emerged as a result of the war is not sufficient, and the results are far from the aims proclaimed by the Action.

This approach is not compliant with priorities proclaimed by the Government in terms of reforms and development of the Armed Forces.

Ultimately, how effective can implementation of military obligations by a person with psychological problems be considered? Can this attitude of the state be considered a manifestation of respect and responsibility towards his dignity?