Permyakov was convicted, but the crime was not disclosed. 5 years after the murder of Avetisyans’ family 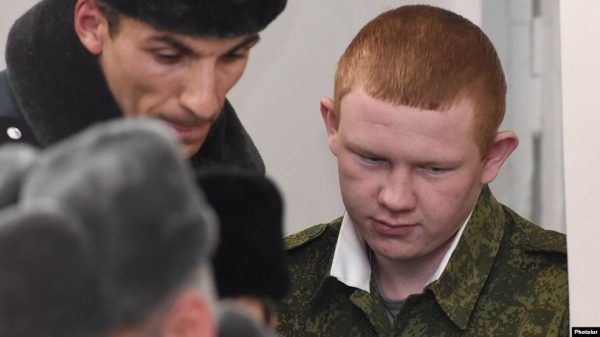 January 12 was the 5th anniversary of Avetisyans’ family murder in Gyumri.

Charged with the murder, Valery Permyakov, who was a serviceman of the Russian Military Base 102 located in Gyumri, was sentenced to life imprisonment on August 23, 2016. Nevertheless, the real motive of the crime remains undisclosed.

Court sessions were conducted not in Shirak region General Jurisdiction Court, but rather outgoing in the territory of the Russian military base.

Just as throughout the whole process of judicial proceedings, in the appeal submitted against the judgment, Artur Sakunts and Arayik Zalyan alarmed that the investigation was conducted improperly and lodged petitions on them. However, judge H.Movsisyan was consistently rejecting the petitions by considering them groundless.

The appeal against the judgment was rejected and the cassation appeal was not taken into proceedings.

It was mentioned in the complaint that the two states had not fulfilled their positive obligations and had not prevented the threat to the life of Avetisyans’ family, the investigation had not been objective and the crime had not been fully discovered.

It is noteworthy that back on June 23, 2017, HCA Vanadzor lawyer Arayik Zalyan applied to the RA Investigative Committee to get information regarding the investigation conducted into not informing the Armenian side of Permyakov leaving the military unit. Though the questions were clear, the Investigative Committee gave vague answers and did not answer who had been held liable for each action.

The response made it clear that the Russian side did not have the right to conduct this investigation and did not provide the RA Investigative Committee with the materials regarding not informing, immediately, the Armenian side about Permaykov leaving the military unit.

Razgildeyev was not handed over to the RA law enforcement bodies, either, and is not held in an RA place of detention. Despite the fact that this time the judicial proceedings are scheduled in Shirak region General Jurisdiction Court, it seems impossible to provide his presence during the court sessions and the third court session has already been postponed for unclear reasons.