Annual report on human rights violation cases by the Police -2018 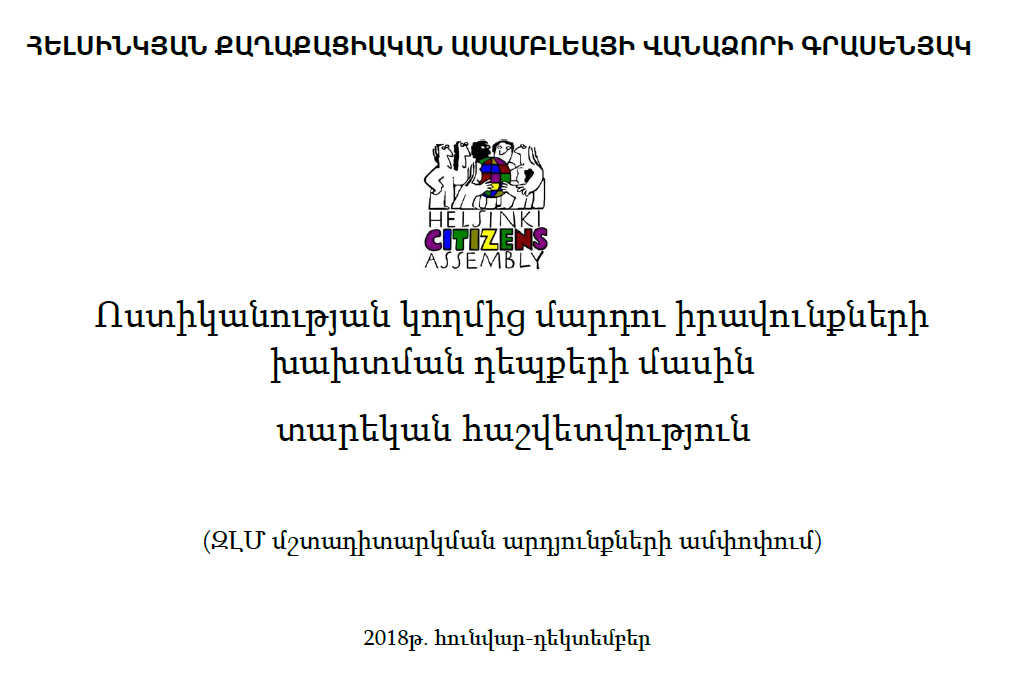 The information paper sums up human rights violation cases by police officers in the Republic of Armenia during January-December 2018.

The cases were separated and analyzed based on the information disseminated by media, for the credibility of which the latter bear responsibility.

The recorded cases were divided into two conditional groups, namely, cases of individual nature and cases that occurred during assemblies/as a result of participating in assemblies. All the public events, namely, demonstrations, sit-ins, protest marches and other public events are involved in the assemblies.

In the information paper, besides illegal apprehension cases, violation of the right to liberty and security were also considered all the cases where a person is apprehended to Police conditionally according to the element of law, but is held in the Police longer than the three hours as established by the RA Criminal Procedure Code (Article 1311), as well as attempts of apprehension.

Human rights violations by the Police are presented in the following classification:

Human rights violated in 2018 are presented below.

This division was made based on the RA Constitution and the European Convention for the Protection of Human Rights and Fundamental Freedoms, as well as specific rights of professional groups (mainly journalists) with the aim of transferring the essence of the violation as precisely as possible and making it visible.

In the calculation of violated rights, cases of violation of a specific right, as well as cases alongside violation of other rights are included.

Taking into account the mass events of public disobedience in April of the reporting year and the new situation created after or as a result of it, we made the information paper in the following logic in order to reflect old and new facts as precisely as possible: before April revolution, during April revolution and after April revolution.

Visualized version of the information paper is available HERE (in Armenian)