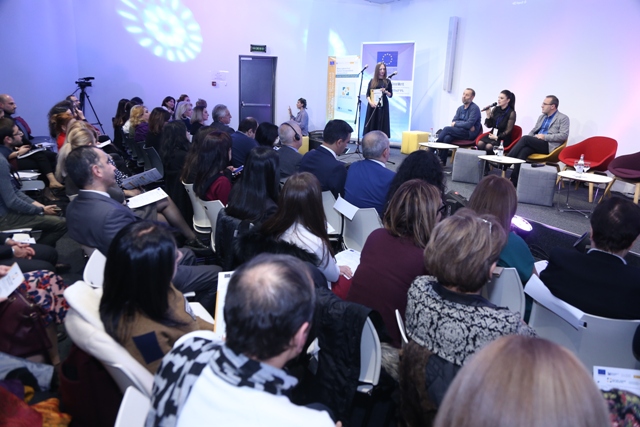 On December 13, the award ceremony of A public glimpse into a closed world: “The situation of human rights in closed institutions” and “The state of the right to be free from ill-treatment”  journalistic contests  took place, during which the winners were announced.

‘‘The Human Rights Situation in Closed Institutions’’ contest of journalistic materials was announced within the framework of “A Public Glimpse into a Closed World: Human Rights Situation in Closed Institutions in Armenia” project which was launched by the co-funding of the European Union and Open Society Foundations Armenia and is implemented by Public Journalism Club NGO jointly with Investigative Journalists NGO.

The contest of journalistic materials on the state of the enjoyment of the absolute right to be free from torture and other cruel inhuman treatment or punishment was announced within the framework of ‘Combatting torture and ill-treatment in Georgia, Armenia and Ukraine’ project, which is funded by the European Union and jointly implemented by Helsinki Citizens’ Assembly Vanadzor and The Georgian Centre for Psychosocial and Medical Rehabilitation of Torture Victims (GCRT). 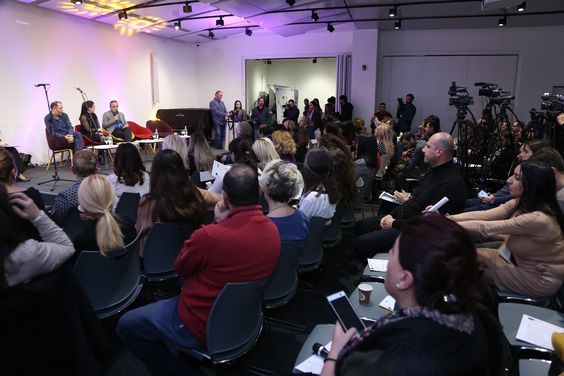 During the ceremony, which took place in the Armenian General Benevolent Union (AGBU)  building, Public Journalism Club NGO president Seda Muradyan delivered a welcoming speech noting that when the project was launched, revolution had not yet taken place in Armenia, there were serious challenges, since there had been many occasions on which to be sure that human rights value and inculcation of respect towards it was a serious problem, there was no political will to respect and protect human rights, especially in the closed world.

According to Seda Muradyan, after the well-known political events, a period of opportunities has started. There are great expectations from the country’s new leaders, particularly in the direction of achieving positive changes in human rights protection sphere. 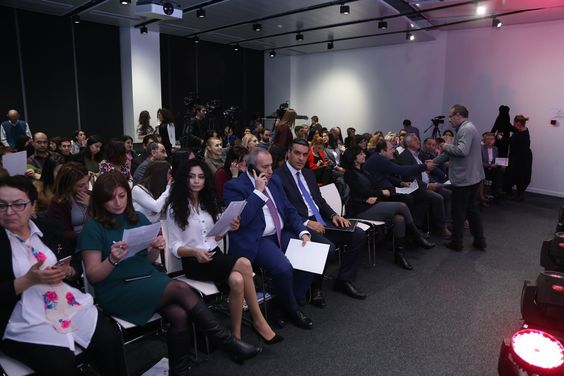 “I expect that our and any other initiative aimed at the protection of human rights will have chances of positive change impact on the human rights sphere”.

During the opening event, Edik Baghdasaryan, “Hetq” online newspaper chief editor, underscored that in fact, the situation has not changed and special institutions are not open to journalists.

“It was at least a few months ago when the director of one of the psychiatric hospitals told us that we could only shoot one room. In fact, those institutions are still closed. For years on end, we have been trying to enter the hospital for the convicted, but we have not managed to do it so far,” Edik Baghdasaryan added.

Artur Sakunts, chairman of Helsinki Citizens’ Assembly Vanadzor, emphasized, “This event is the main message to the political authorities that we expect that the state of the rights of those held in confinement should be publicly disclosed, negative attitudes towards persons deprived of their liberty may also be overcome by coverage of their issues, that is, these people should not be double persecuted by means of discriminatory negative attitude”.

EU Ambassador to Armenia Piotr Antoni Świtalski was present at the award ceremony. He noted, “Empowerment of independent journalism is very important for the democratic development of Armenia. EU supports these award ceremonies not with the purpose of encouraging the nominated organizations, individuals or stories, but rather to encourage a well-informed society, which can take thoughtful decisions”. Ambassador Świtalski reaffirmed the support of EU to free and independent journalism in Armenia. 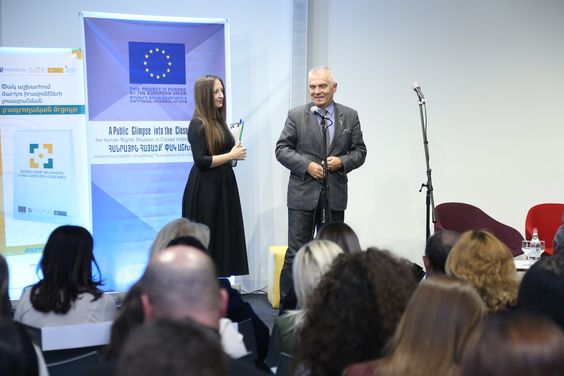 A number of representatives from state and international institutions, prominent human rights defender experts were invited to the ceremony. They participated in question-answer format thematic discussions on the issues of human rights.

Arman Tatoyan, the RA Human Rights Defender, indicated that it is important that a journalist’s work be perceived as a support and not an obstacle, “This is such a sphere, where everyone’s conscientious work is important. The smaller the coverage of the sphere is, the more problems there are”. 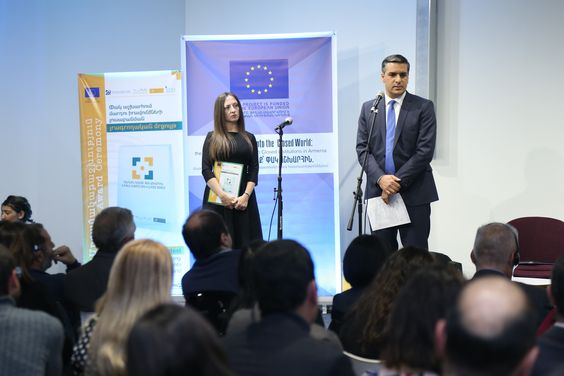 More than a hundred applications were submitted to the contest.

The professional jury observed and made a decision on the winning materials at the jury session on December 3.

During the award ceremony, winners were revealed

Special and encouraging prizes were given by state structures and various international organizations.

Lusine Gharibyan received a special prize by the Human Rights Defender for her “The only school teaching by Braille system has a great lack of textbooks” material.

Armenak Davtyan received a special prize by the Ministry of Justice for his material published in Aravot newspaper.

Lusine Gharibyan’s “Patients' dreams and the yet miscollected Rubik's Cube” material received a special prize by the Ministry of Health.

Nelli Shishmanyan’s “A family outside the family” material received a special prize by Save the Children for covering issues pertaining to children’s rights.

You can watch the video here.