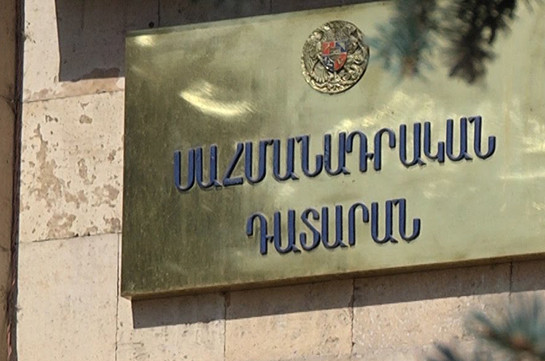 On October 19, 2018, HCA Vanadzor lawyer A. Zalyan – the representative of A. Gh. who was sentenced to imprisonment of three years in 2017 for illegally selling psychotropic substances – applied to the RA Constitutional Court to determine the constitutionality of Article 266 point 5 of the RA Criminal Code and Article 1 point 1 of the RA Law on making amendments and addenda in the RA Criminal Code.

On August 8, 2018, already a prisoner of ‘Abovyan’ penitentiary institution A. Gh. applied to the RA Court of Cassation on the grounds of decriminalization of the act he is inculpated (sale of 0,025 gm of psychotropic substance) and claimed to release him from serving the punishment.

A. Gh. substantiated his application by the fact that an amendment was made to Article 266 of the RA Criminal Code in accordance with the law on ‘Making amendments and addenda in the RA Criminal Code’ dated December 6, 2017, and fivefold up to twentyfold of 0,005gm of psychotropic substance was defined to be a significant amount.

However, the Court of Cassation rejected the application by substantiating that the legislative amendments have not led to the change of the legal qualification of the action he is charged with.

The problem is that according to the decision of the RA Government dated June 27, 2018 and RA Code of Administrative Offences the minimum amount was defined to be fivefold of 0,005 gm included.  However, Article 266 point 5 of the RA Criminal Code does not define precisely the minimum threshold of the significant amount not involving the term ‘more’ after fivefold, but rather, it mentions ‘fivefold to twentyfold of the minimum threshold’.

This creates uncertainty and those who apply the law face the problem of ambiguity which contradicts the constitutional principle of legal certainty.

In his application to the RA Constitutional Court dated October 19, 2018, A. Gh.’s representative Arayik Zalyan claimed to recognize null and void and contradictory Article 266 point 5 of the RA Criminal Code and Article 1 point 1 of the RA law on making amendments and addenda in the RA Criminal Code, Articles 72, 73, 78 and 79 of the RA Constitution insofar as it does not comply with the principle of legal certainty.