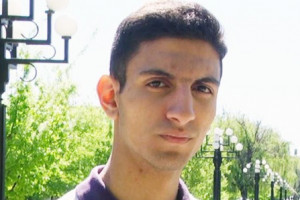 It should be reminded that the RA Police claimed to bring Shahen Harutyunyan to liability under point 1 of Article 180.1 for holding assemblies and marches during  March 17-20, 2017, without informing the chief of the community in the manner prescribed by law. They were initially presented by 4 separate claims which were united in one proceedings by the petition of Shahen Harutyunyan’s representative.

On September 6, 2017, the RA Administrative Court in part upheld the claim presented by the RA Police against Shahen Harutyunyan, making a protocol of only one criminal offence and fined Sh. Harutyunyan by 150,000 AMD.

The Administrative Court considered urgent the assembly with the claim to bury Artur Sargsyan in Yerablur Pantheon, since it was impossible to inform about it within 7-day time period prescribed by law and organize it only after getting a permit. According to the Court’s opinion, it was necessary to organize prompt measures, therefore this is one of the rarest cases when the legislature does not present a demand of a written notification.

With regard to the claims of punishing those charged with Artur Sargsyan’s death and resignation of certain officials, the Administrative Court considered it not urgent and continuous, therefore, the Court considered notifying about it as prescribed by law necessary, irrespective of how many days the assembly lasted, what its goal was and how it was held.