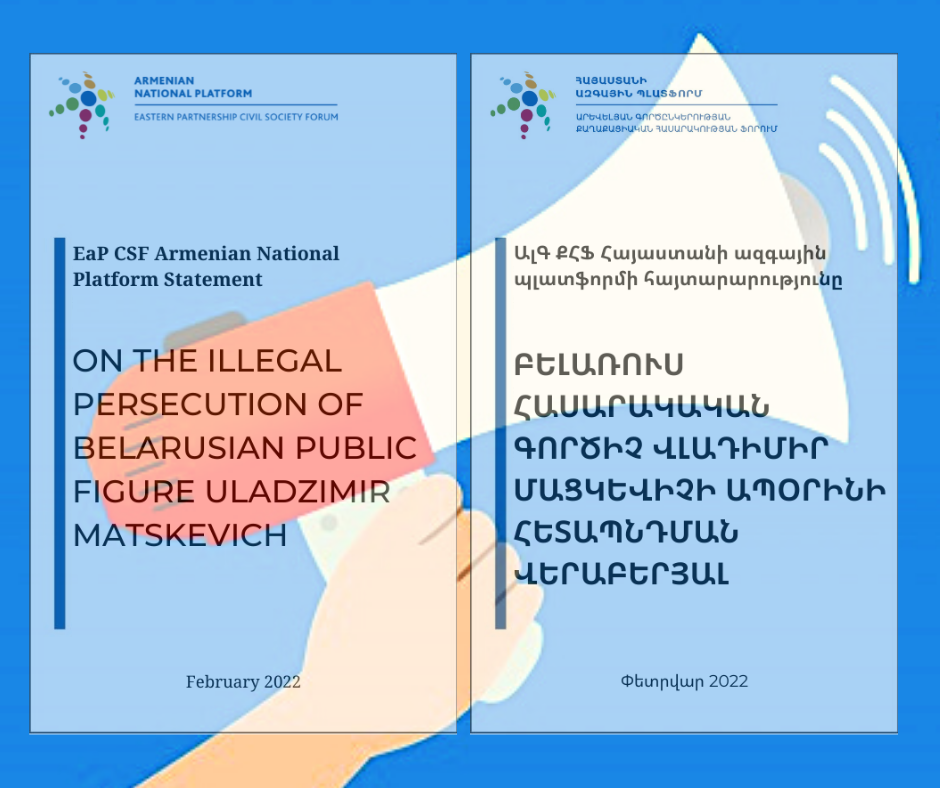 The reason for this extreme measure is that six months after Matskevich's arrest on August 4, 2021, when he was falsely accused of organizing and participating in actions disrupting the public order and detained, the case has not yet been forwarded to the court due to inaction by the investigative authorities. What happened proves that Matskevich is being held hostage by the Belarusian authorities and prosecuted solely for his political views. It can be said with certainty that by this means the Lukashenko regime is simply seeking political revenge against its political opponents. Matskevich demands to detail the grounds of the charge against him, to change the preventive measure and to refer the case to the court.

The EaP CSF Armenia National Platform expresses its support and solidarity with Uladzimir Matskevich and his family. Strongly condemning the inhuman and anti-democratic behavior of the Belarusian authorities, we remind that Belarus is a member of the United Nations and is bound by the provisions of the Universal Declaration of Human Rights and the UN Covenant on Civil and Political Rights. In conformity with Article 2 of the Covenant, Belarus is under the obligation to respect and to ensure to all individuals within its territory and subject to its jurisdiction the rights recognized in the Covenant, without distinction of any kind, including political or other convictions.

The EaP CSF Armenia National Platform calls on the Belarusian authorities to immediately grant Matskevich's more than just demands by stopping the violation of his right not to be subjected to inhuman treatment, his rights to a fair trial and personal security and  liberty and to ensure his right to freedom of expression.