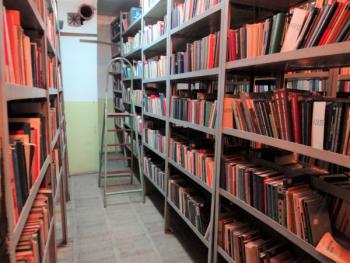 20 librarians from Vanadzor applied to the RA Administrative Court to litigate 18-A decision 1.1 point of Vanadzor Council of Elders dated April 18, 2017, which served a basis, among other ones, for dismissing them from their jobs.

The lirbarians’ claim was presented to the Court on December 18, 2018, by HCA Vanadzor lawyer Arayik Zalyan.

“Vanadzor centralized system of libraries named after Hrant Matevosyan” community non-commercial organization resolved the work contract with librarians on June 26, 2017, considering a basis (among other ones) Vanadzor Council Of Elders decision 18-A point 1.1 dated April 18, 2017. By this point, Vanadzor Council of Elders determined the staff list of the community non-commercial organization and according to it, the plaintiff librarians’ positions were reduced.

Their representative Arayik Zalyan mentioned in their claim presented to the Court that Vanadzor Council of Elders’ session dated April 18, 2017, was not legal, quorum was not secured.

With these substantiations, A. Zalyan claimed to recognize null and void 1.1 point of 18-A decision dated April 18, 2017.

The proceedings of the claim have commenced. The first court session in Vanadzor Residence of Administrative Court is scheduled at 11:00 a.m. on March 12, 2019.

In the claim presented to Lori region General Jurisdiction Court, via their representatives, the librarians also claim their salary for the time period of enforced idleness. The proceedings of this matter have also commenced.