The Court could not bring Hovik Matinyan –charged with theft on the basis of one testimony –to the Court from the penitentiary institution, the session was postponed once more

On October 1, 2018, Lori Region General Jurisdiction Court was to have a scheduled court session on the case of Hovik Matinyan, who was charged with theft based on one testimony.

H. Matinyan, another resident of the village, accused H. Matinyan, hosted in Gyulagarak since October of 2017, of the theft of gold jewelry worth 700,000 AMD. It is noteworthy that the former first described the person committing the theft one way and then changed the testimony saying that he was confused on the day of the theft.

Besides the victim’s testimony, there are no other facts proving Hovik Matinyan’s guilt in the criminal case. The defendant and his relatives insist that he is unjustly accused of a theft.

Charging a person with a crime based on one testimony contradicts the case-law of the RA Court of Cassation and the European Court of Human Rights.

On October 1, 2018, Judge S. Baghdasaryan came to the courtroom an hour later than the scheduled time and announced that the court session was to be postponed, the reason being the fact that the defendant was not brought to the Court.  According to him, the reason was that the Court’s letter had not yet been received by the penitentiary institution and for one hour, they had been attempting to provide the defendant’s presence in the Court which they ultimately failed to do. 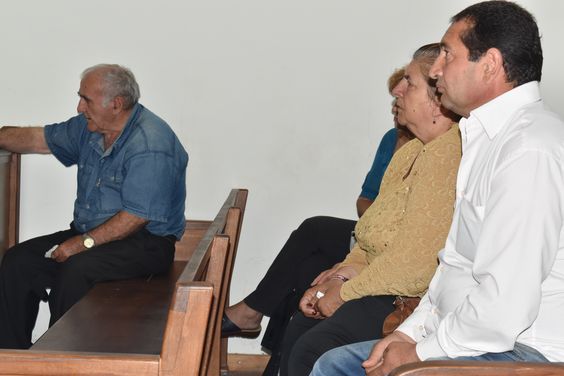 Hovik Matinyan’s relatives, who were present in the Court hall, once more expressed their dissatisfaction with the delay of the case, as the Judge rejects the lawyers’ motion to change the preventive measure and H. Matinyan had been in prison for nearly a year.

On the one hand, the Court rejects all the motions of the defense party to release him and leaves H. Matinyan in prison, and on the other hand, the Court keeps on postponing court sessions for various illogical reasons and by this delays the investigation of the case.

The Court finds it unacceptable to apply loan as a preventive measure by claiming that it does not neutralize the grounds of detention and at the same time cannot provide the defendant’s (who is in prison) participation in the court sessions.

In our estimation, this is a violation of the reasonable time frame of the fair trial guaranteed by the European Convention on Human Rights.

In the frame of an application filed with the ECtHR, the RA Government admitted that there were no sufficient grounds for detention and proposed a compensation for the damage caused

The Appeal Court acquitted R.D. who was accused of avoiding military service

The Court ruled a damning verdict judgment based on one testimony