The Administrative Court prohibited the RA Defence Ministry to call up A. Kh. until the final judicial act on him comes into force 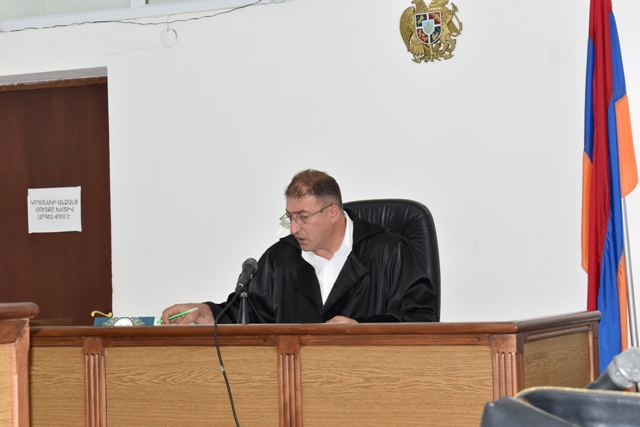 On July 25, 2019, the RA Administrative Court upheld HCA Vanadzor lawyer Hayk Hakobyan’s petition and prohibited the RA Defence Minister to call up conscript A. Kh. until the final judicial act on him comes into force.

Back on October 29, 2018, Syuzanna Soghomonyan, A. Kh.’s representative, HCA Vanadzor lawyer, applied to the Court with the matter of granting A. Kh. a deferral. In the note dated July 19, 2019, Syuzanna Soghomonyan informed Lori Regional Military Commissar A. Tumanyan about it and asked to suspend the issue of A. Kh’s call-up. In spite of that, A. Tumanyan ignored that condition and on July 23, 2019, presented a notification on joining the military service to A. Kh. After that, H. Hakobyan made a petition to the Administrative Court to take a measure to secure the claim, by forbidding the call-up of the plaintiff in this case. Since in case of a call-up, not only will the execution of the judicial act be more difficult, but it will also be impossible.

On July 25, 2019, A. Alaverdyan, Judge of the Administrative Court, considered that statement grounded and decided to uphold the petition to prevent the execution of the judicial act from being difficult or impossible and take a measure to secure the claim by forbidding the respondent RA Defence Ministry to call up A. Kh. until the final judicial act of the administrative case enters into force.

Furthermore, on August 30, 2019, A. Alaverdyan, Judge of the Administrative Court, refused the petition of the Defence Ministry to revoke the measure to secure the claim, where the latter invoked Article 25 of the RA Law on “Status of Military Service and Servicemen” and stated that the relevant provisions of the aforementioned law were of imperative nature and the presentation of complaints did not suspend the execution of orders until the review of the given orders.

Judge A. Alaverdyan reaffirmed that the Court could revoke the measure of securing the claim only provided that it was grounded that not taking such a measure would not make the execution of the judicial act difficult or impossible. However, the Defence Ministry did not present such substantiations.