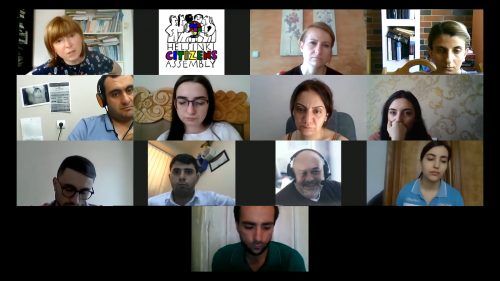 During 18 June 2020 - 16 July 2020, members of HCA Vanadzor lawyers’ team participated in the training organized jointly with the Polish Helsinki Foundation for Human Rights. The training was about the importance and introduction of the institute of Amicus Curiae.

During the first stage of “The institute of Amicus Curiae: from theory to practice”, the participants familiarized with the story and development of the institute of Amicus Curiae. Modern opportunities of using Amicus Curiae were presented in the frame of human rights NGOs’ activity and in the broader sphere of protection of public interests  with the examples of Poland, RF, Litva, Ukraine, Central Asia and other countries, as well as in the ECtHR and UN treaty bodies.

The training was conducted jointly by Helsinki Foundation for Human Rights in Poland and HCA Vanadzor. The trainers were candidates of juridical sciences, human rights expert Aleksandra Iwanowska and lawyer-expert Olga Salomatova from Helsinki Foundation for Human Rights in Poland. Due to the state of emergency declared as a result of the coronavirus pandemic in the country, this voluminous training was conducted via webinars.

HCA Vanadzor Program Manager Ofelya Zalyan says that the Organization always pays attention to capacity building of the staff, gives importance to the upgrading of human rights protection toolkit and the introduction of new tools. This training was mainly aimed at the capacity building of the Organization’s team of lawyers and supporting the introduction of the institute of Amicus Curiae in Armenia.

“Amicus Curiae, a letter from the friend of the court, is a document of consulting nature. It is an opinion-analysis from the experts of the sphere on this or that case under examination in court. This document is intended to bring the court’s attention to legislative or practice problems related to the case, which are worth attention before a judgment would be made. In my opinion, it is one of the tools that can promote the recovery of justice, and if it is applied effectively, it can also minimize judicial mistakes. By the end of the year we plan to use theoretical knowledge in practice and present Amicus Curiae to the court on concrete cases”.

Helsinki Foundation for Human Rights in Poland is one of the rare human rights organizations that have rich experience of the application of Amicus Curiae on cases under examination in courts that are related to discrimination, independent court and the right to a fair trial, the rights of refugees and migrants, the right to free activity of civil society and the right to freedom of speech, the rights of persons deprived of liberty, the right to be free from torture, the right to move, the right to a fair compensation, as well as on cases on the nature of judgments of UN treaty bodies in general jurisdiction, administrative, appeal, constitutional courts and national courts of other states and ECtHR. As an institute, Amicus Curiae is legislatively enshrined and functions in France, Iceland, Poland, Romania, Slovakia, Great Britain, Hungary, Italy, Kazakhstan, Kyrgyzstan, Tajikistan, as well as Russia, Azerbaijan, Estonia and Ukraine.

In the Republic of Armenia, Amicus Curiae works for the Human Rights Defender, when he can present a position on a case being examined in the Appeal Court or to the Constitutional Court. However, RA Constitution and legislation do not envisage such an institute  for NGOs, human rights organizations or legal experts associations. By this training HCA vanadzor makes a step aimed at the capacity building of its staff for the introduction of the institute of Amicus Curiae as one of the important tools of human rights protection in the frame of legal litigation logic. HCA Vanadzor Chairman Artur Sakunts says, “If there are cases concerning the approaches of a legislative norm on human rights, regarding to what degree legislation guarantees the right, and moreover, irrespective of what right it is, there is a need for the presentation of a relevant analysis regarding the international approaches in terms of securing that right and how they can be used in judicial practice. In such cases, there comes the justification of Amicus Curiae, when you present an independent expert analysis, opinion, approach in order to help the court to make a decision. This will help the court make a decision in line with human rights standards”.

This training includes 10 hours of online theory and 12 hours of hometasks and as the participants state, it is a good and effective tool in the sphere of legal protection, however, there is a need for changes in the domestic legislation.

HCA Vanadzor advocate Ani Chatinyan says that the training was very intense. They got a lot of information on the institute of Amicus Curiae. Despite the online format, the information planned to be transferred was fully perceived.They did not even feel that the communication was via computer screens. The trainers were very prepared and presented the materials in an interesting way. Her concern was only about the practical application, “The mechanism is clear as to how and on what cases it can be presented. But I don’t imagine how the court will assess Amicus Curiae, how it will accept the opinion of its friends, as now we don’t have legislative grounds for it. In terms of having a grounded, justified tool of the development of law, this institute is necessary and important, we just lack legislative opportunities, after which the introduction of the institute will be very useful and effective. We will have quite a lot of progress in the legal sphere and we’ll have legal acts made in a more competent way”.

Hayk Hakobyan, another advocate of HCA Vanadzor, finds that “in terms of the solution of systemic problems, the consultative opinion of the friend of the court is a very good tool to change the situation and the practice. We received theoretical and practical knowledge that will help us in the best way in our activity”.

As Nushik Ter-Movsisyan, legal consultant of the Organization, says, she values not only the knowledge on Amicus Curiae received during the training, but also the fact that HCA Vanadzor is the pioneer of introducing the institute in our country, “There have not been Amicus Curiae precedents from human rights organizations , HCA vanadzor is the first. Naturally, it is supposed that the process will go through difficulties, starting from the legislative ground, since in these terms, our legislation is very closed and there can be many difficulties raised by the judges in terms of accepting the documents presented by us. The legislation also gives them an opportunity not to accept them. I think the introduction of the institute will be implemented more in the practical field, so that it becomes common for judges to accept documents on cases taken into proceedings. I think our Organization will set quite an important milestone in terms of introducing the institute”.

The institute of Amicus Curiae is of great importance in litigations of strategic importance, especially for the human rights organizations that give importance to protection of public interests in their activity.

According to the Chairman of HCA vanadzor, it is very important for the document presented by the court’s friend to be independent and an unbiased expert analysis in the frame of a relevant case, it is important that this person has no interest in the case and does not present interests of any of the parties of litigation and does not have any relation to the accusing or defendant sides.

Speaking about the current perspective of the introduction of the institute, A. Sakunts does not think that this tool will be welcome immediately. However, if there is no legal culture and judicial practice, it does not mean that it should not be established. Amicus Curiae is an opportunity for specialists and human rights defenders to have their contribution to the securing and development of the right to a fair trial in the country. A. Sakunts notes, “Taking into account that we are currently in the stage of the implementation of judicial reforms strategy and formation of independent judiciary, in connection with which both the Judicial Code and Judicial Procedure Code are being amended, we find that Amicus should be recognized at the legislative level, which will entail capacity building. We have known about this for quite a long time, but it is now that we see an opportunity to introduce and use them”. 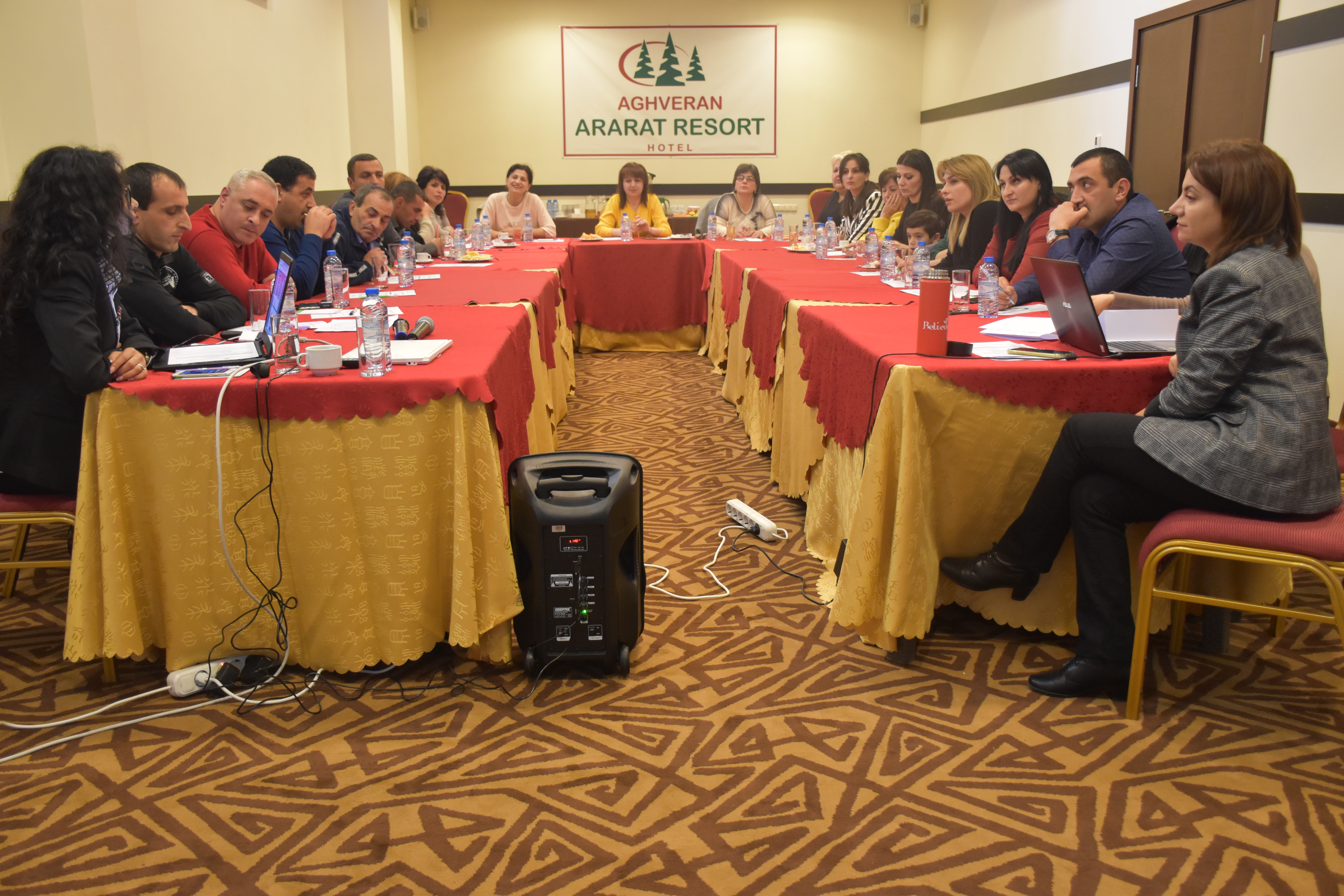 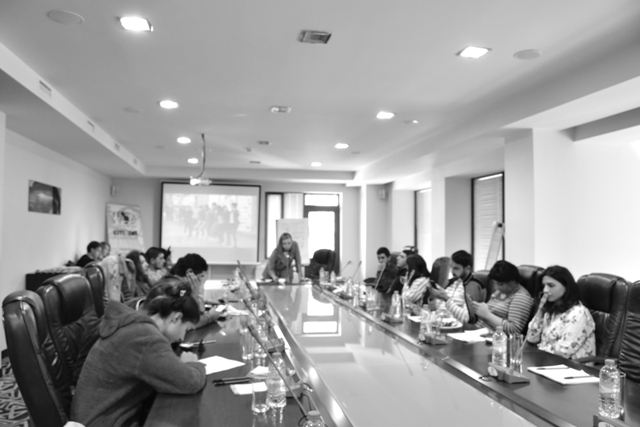