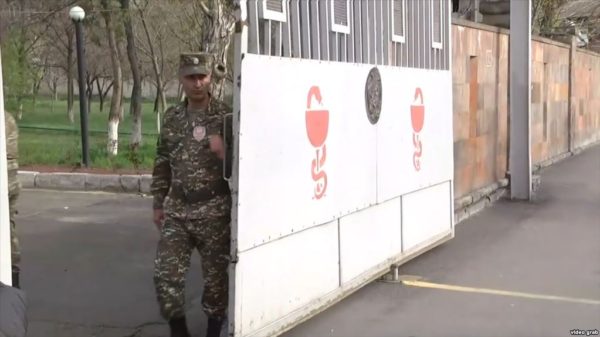 On September 19, 2018, HCA Vanadzor learnt from the armtimes.com website that conscripted serviceman Armen Tadevosyan had health problems. After that, HCA Vanadzor undertook the protection of his rights. The serviceman’s father applied to the Organization on September 21, 2018.

Having a number of diseases, Armen Tadevosyan was recognized fit for military service. After conscription, he was first transferred to Vanadzor military hospital and later to the RA Ministry of Defense Central Clinical Military Hospital. However, as the serviceman’s father told in the mentioned publication, the examinations were of formal nature and no measures were taken to solve his health problems. According to the information given by the serviceman’s father, a planned operation was instructed, but the study of the documents by the Organization shows that the problem needed an urgent solution.

Based on the study of general data, it was recorded that there are left ventricular vein pathologies,  blood circulation and organs or extremities functions disorders which are at least moderately expressed. As a result of a duplex examination, it was mentioned that there was valvular failure disorder (however, the degree of the disorder was not mentioned), a relatively high arterial pressure( high normal), left kidney cyst, the size of which was 1.7 cm and then became 2 cm, which evidences a systemic change.

On October 2, 2018, HCA Vanadzor applied to Defense Minister in connection with the above-mentioned problems. On October 19, 2018, the serviceman was operated on for varicocele, after which he was given a medical vacation. After that, returning from the medical vacation, on November 11, a surgical removal of the right lower extremity varicose veins was performed.