For 4 months on end, law enforcement bodies have not taken any action on the case of Bogdan Kaliusskyi, but refuse to close the criminal case (Video) 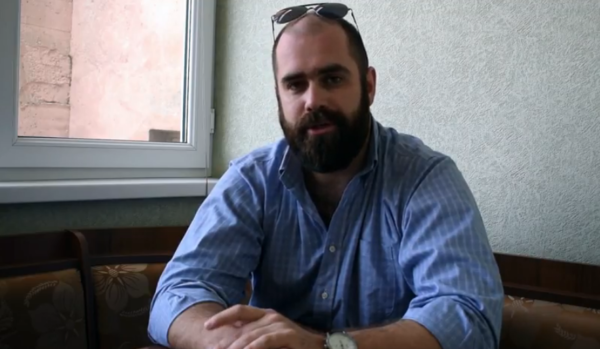 Ukrainian citizen Bogdan Kaliusskyi was released on bail on May 24, 2018, and the accusation filed against him changed. However, he continues to be criminally prosecuted in the Republic of Armenia.

His preliminary accusation of falsifying documents and illegally crossing the state border changed and now he is only accused of falsifying documents - an act envisaged under Article 325 Point 1 of the RA Criminal Code. 4 months have passed after the change of the accusation but the body conducting his proceedings has not taken any investigative or court procedural action.

The Embassy of Ukraine in Armenia stated that B. Kaliusskyi has changed his name and passport in a legal way and presented a document on it which we have previously publicized.

On September 28, 2018, his advocates – HCA Vanadzor lawyers Arayik Zalyan and Ani Chatinyan -once again applied to the RA Investigative Committee General Department of Particularly Important Cases investigator R. Avagyan with the question of closing the proceedings of the criminal case and stopping the criminal prosecution.

In the video, B. Kaliusskyi tells about his case.