“This Organization is like oxygen to people”. The citizen’s violated rights were restored due to HCA Vanadzor support 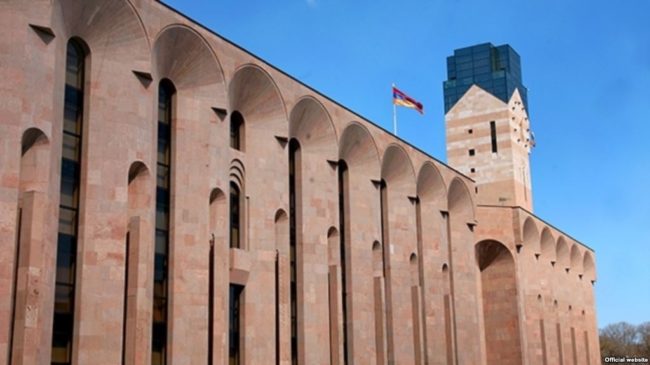 “They did not tell me anything about permission. They were just trying to stitch it up on me, so to speak, as a result of someone’s defamation”, says Gagik Simonyan, meaning that the municipality officials were well aware of the construction work conducted by him.

Gagik Simonyan incidentally came to HCA Vanadzor representative office in Yerevan. The Organization’s advocate Tatevik Siradeghyan undertook the protection of the citizen’s rights and appealed to RA Administrative Court, claiming to recognize invalid the decision of the municipality.

Assessing the proofs and the witness’s testimony, the Court came to the conclusion that the work conducted by Gagik Simonyan was not included in the list of the objects mentioned in the relevant decision of the RA Government. Thus, it was among “other low-risk small-scale works”, for which construction permission is not required according to the RA Law “On urban development” and the Government’s decision.

The Court also took into consideration the legal position of the RA Court of Cassation, according to which  a person cannot be subjected to administrative liability for doing works aimed at building or renovating buildings or other structures, if consctruction permission is not required for them. Finding that Simonyan’s actions lacked the corpus delicti envisaged by the RA Code of Administrative Violations, the administrative act on holding him administratively liable was not legal and was made by violation of the Code, on 15 October 2018, Liana Hakobyan, the presiding judge of the court session, made a judgment on upholding Gagik Simonyan’s claim against Yerevan municipality and recognized invalid Yerevan municipality decision.

“This Organization is like oxygen to people”, says Gagik Samsonyan and adds, “I was lucky to be under the protection of such caring lawyers. But for HCA Vanadzor, I would either be in red tape or I would waste AMD 200,000 fine, because the municipality  fined me unjustly. I will always remember Tatevik, Mariam, Emma, Samson, who were by my side starting from the very first instance until the end”, says Gagik Samsonyan, satisfied, as he won the claim.

Samson Galstyan, lawyer of HCA Vanadzor representative office in Yerevan, joined the protection of the citizen’s rights in the last phase. He finds this another long-waited achievement of the Organization and says that the success of the case was largely due to the legal strategy, which was chosen correctly, as well as the really fair trial conducted by the court.