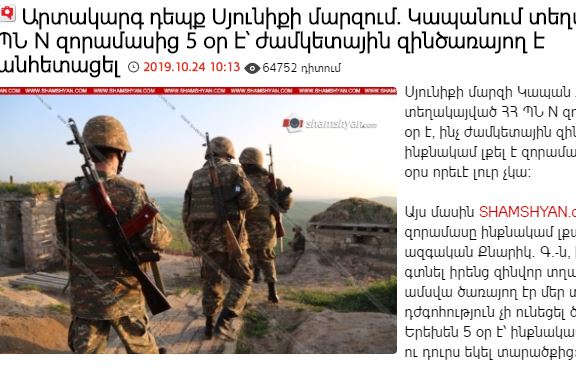 Today, on October 24, on shamshyan.com website, information was published that a compulsory military serviceman had left RA Ministry of Defense military unit located in Syunik region Kapan city and there had been no news from him for 5 days. It was also mentioned that the alarm had been received from the serviceman’s relative.

Because it was stated in the material that the serviceman was registered in Vanadzor, HCA Vanadzor contacted Vanadzor military commissariat and informed that there had been such a publication made on shamshyan.com and asked to give a phone number to find out the details of the incident.