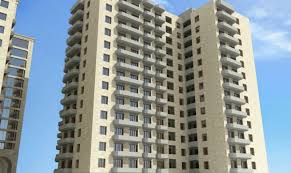 On March 31, 2020, L.R., a 19-year-old graduate of Vanadzor Orphanage, applied to HCA Vanadzor to get legal aid. In her application, the young girl described the situation in which she found herself due to not having a flat. L. told the Organization that she had a status of a person left without parental care and was a beneficiary of the state program on providing orphanage graduates with apartments.  In the time and manner prescribed she had received the Ministry of Labor and Social Affairs certificate on buying an apartment. Later she found an appropriate apartment, came to an agreement with the owner and on March 3, 2020, personally took the required package of documents, i.e. copies of the ownership certificate of the house to be purchased, the certificate of buying an apartment and her passport, to the Ministry of Labor and Social Affairs.  There, L. was informed that just like the other graduates, she would be provided with information within three days. According to this, the Ministry was to give an answer on March 6-7, however, a month has passed and L. has not received any response from the Ministry. The Orphanage graduate tried to contact the Ministry in all the possible ways, such as hotline, phone numbers and emails, and all in vain. The young girl thus had to apply to HCA Vanadzor, hoping that the Organization would help her clarify this uncertain situation. L. told HCA Vanadzor that she did not have a permanent residence place and stayed at her friends’ or acquaintances’ homes, she was unemployed and was in a difficult social situation, thus solving the issue of the apartment as soon as possible was vital for her.

On April 4, HCA Vanadzor wrote a note to Zaruhi Batoyan, RA Minister of Labor and Social Affairs, to find out why the issue had not been solved so far. Given the urgency of the issue, the Organization also tried to contact the Ministry to get clarifications on the matter. Unfortunately, the Organization’s attempts were, too, in vain, and nobody answered the phone calls.

Taking the above-mentioned into account and guided by Article 51 of the RA Constitution and Article 6 of the RA Law “On freedom of information”, the Organization requested the Minister of Labor and Social Affairs to provide clarifications as to why they had not responded to L.R.’s application so far, when and in what timeframe the Ministry envisaged to organize the process of buying an apartment for the girl left without parental care, whether the state of emergency had any impact on not responding to the application and not answering phone calls. Expecting that the Ministry would properly regulate the issue of providing L.R. with an apartment as soon as possible, henceforth eliminating the inconsistent workstyle, HCA Vanadzor also expressed hope that the Ministry would not violate the procedure and time limits established by law in regard to responding to the note sent, as, according to Article 9 of the RA Law “On freedom of information”, citizens’ inquiries get an answer within 5 days after the inquiry is filed.

On April 6, 2020, Astghik Minasyan, Head of the Social Assistance Department at the RA Ministry of Labor and Social Affairs, informed HCA Vanadzor by a written note that L.R.’s application was submitted to the Ministry’s document circulation electronic system on March 23, 2020, and two days later was sent to Urban Development, Technical Standards and Fire Safety Inspectorate, and once the answer of the Inspectorate was received, the application would be processed in the manner prescribed. A.Minasyan also notified that L.R.’s apartment certificate was valid till December 20, 2020.