The person involved as an accused in the criminal case related to “Lori School” and “Lori Culture, Sport and Youth” is wanted 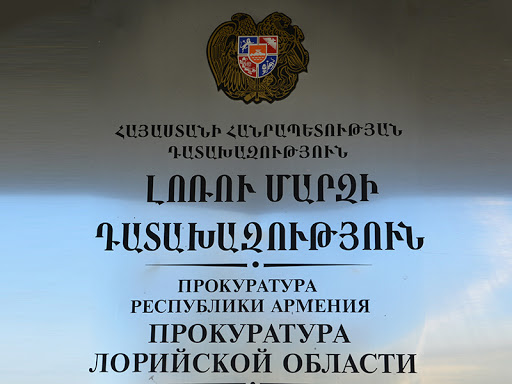 In the previous publications, HCA Vanadzor touched on illegalities related to various foundations founded by Lori regional administration. For years on end, HCA Vanadzor has been following the fate of voluntary “compulsory” membership of all the employees of educational and healthcare state sphere and the “dark” circulation of relevant transfer of money to those foundations, as well as the fact of exceeding authorities by the responsibles of the foundations. And on 17 July 2020, HCA Vanadzor applied to Lori region Prosecutor Garegin Manukyan by sending him a letter.

HCA Vanadzor asked the Prosecutor of the region to provide information regarding the process of the criminal case initiated in Lori region Prosecutor’s Office in 2018 under Article 308 part 2 of RA Criminal Code. Let us remind that the criminal case was initiated based on the fact that authorities were exceeded and negligently caused grave consequences in the conditions that  through the accounting department of Lori region public education and culture institutions, money was transferred annually from employees’ salaries to “Lori School” and “Lori Culture, Sport and Youth” foundations.

In the letter, HCA Vanadzor also expected details from another criminal case of the same nature initiated during the same time period. The case related to “Lori Healthcare” foundation was initiated in 2018 under features of Article 179 part 2 points 1 and 2 of the RA Criminal Code on the fact that the accounting department transferred 1% of the region’s medical workers’ salaries to the account number of the foundation. A relevant report on this was made by one of the medical workers of Spitak medical center.

It is noteworthy that after the Velvet Revolution, the widespread monthly “voluntary” payments from medical workers’ salaries stopped. The Velvet Revolution eliminated “volunteering”, which makes it more than obvious that previously, those payments were compulsory.

Guided by provisions envisaged under Article 51 of the RA Constitution and Article 6 of the RA Law “On freedom of information”, HCA Vanadzor asked the region Prosecutor to provide information on the process of the mentioned criminal cases, whether there were accused or suspected persons involved in the cases and what actions had been conducted since the day of the initiation of the case so far.

Within the established timeframe, in a response letter, the Prosecutor of the region informed HCA Vanadzor that the criminal case related to “Lori healthcare” foundation had been discontinued.Taking into account that the condition that a group of persons embezzled certain amounts of money by using their official positions or made other abuses was not confirmed during the preliminary investigation, no reliable proof was found, and therefore no-one was charged and no preventive measure was applied against anyone. A year later, on 30 July 2019, based on the absence of a criminali incident, the criminal case proceedings were discontinued.

With regard to “Lori School” and “Lori Culture, Sport and Youth” foundations, back on 14 August 2018, in the Prosecutor’s Office of the region, a criminal case was initiated under features of Article 308 of the Criminal Code. The preliminary investigation of the case was assigned to the RA Investigative Committee Lori Regional Investigative Department. The latter accepted the proceedings.

As a result of the combination of sufficient proofs obtained through investigative and procedural actions, 1 person was involved as an accused for a crime envisaged under Article 179 part 3 point 1 of the RA Criminal Code: squandering in particularly large amounts. He is on the wanted list. The preliminary investigation of the case is in process.

Let us also remind that Lori region former governor and heads of the relevant departments of Lori regional administration were involved in the board of trustees of  foundations that operated based on so-called “voluntary” payments from salaries of employees of institutions funded by state and community budgets. This means that the investigative and law-enforcement bodies  are persistent in not seeing and not wanting to see these obvious facts. Either they do not have the relevant capacities to understand and conduct an effective investigation, or they are constrained and obviously do not want to make efforts to conduct an objective, comprehensive and complete investigation.

With regard to the formulation that the only accused involved is on the run, let us remind that such a formulation of the “outcome” of a criminal case is quite a familiar old method for suspending or “drowsing” the investigation of  criminal cases.

This kind of method was also applied for the criminal case initiated years ago on the robbery of Vanadzor cleaning station, when 1 accused was involved in the case, who has been on a “permanent” run so far. Let us remind that this is the criminal case, which was investigated during the office of Lori region Prosecutor A. Ghazaryan, who was killed and so far his murderers and those who ordered his murder have not been discovered.

October 25. Around 90,000 civilians of Artsakh have fled their communities due to Azerbaijani deliberate and indiscriminate attacks and continuous threats, says RA/NK Ombudsman

October 24. The Azerbaijani armed forces continually launched rockets on the towns of the Republic of Artsakh/Nagorno-Karabakh and the capital city Stepanakert 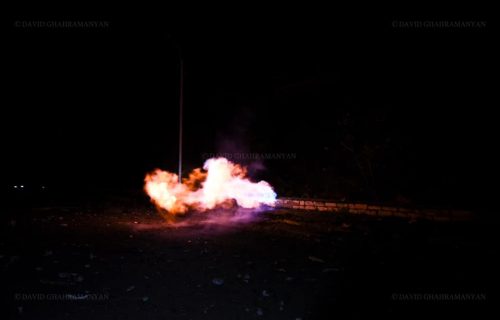 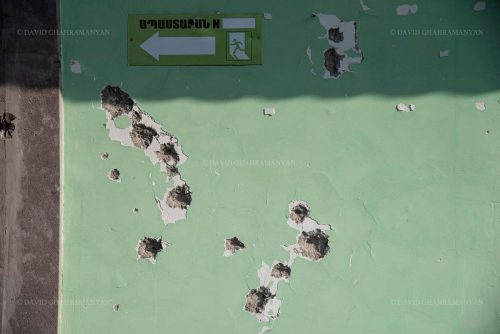 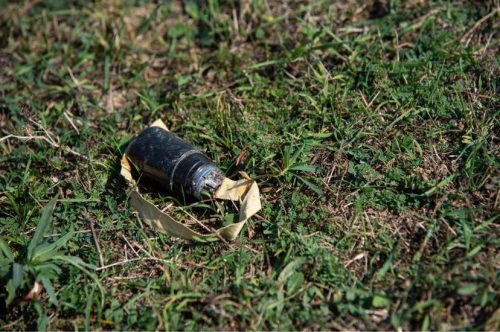