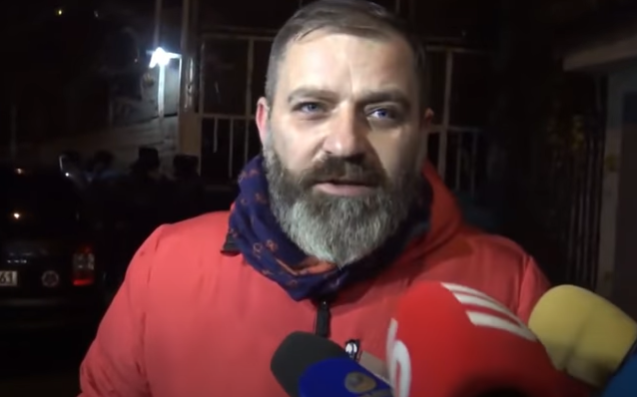 The criminal case initiated on 28 December 2020 based on Narek Malyan’s calls for violence against the Open Society Foundations-Armenia employees is being examined in General Jurisdiction Court of Yerevan.

The criminal case was initiated under Article 226.2 part 1 and part 2 point 1 of the RA Criminal Code (Public calls for violence, publicly justifying or propagating violence by a group of persons based on a prior agreement or by an organized group)  based on the report filed by Helsinki Citizens’ Assembly-Vanadzor.

The following statement by Narek Malyan is the basis of the case, “Employees of this office are going to be held liable in just a few days and in the strictest manner, in a few days, I promise you this. I will devote all my life and activity to culling, holding liable those filthy like you, death to the traitors”. N. Malyan made this statement after spilling red paint near the OSF-Armenia office with a group of persons.

Signature on not leaving was chosen as a measure of restraint against Narek Malyan.

In the frame of the same criminal case, Narek Malyan and his supporters’ actions of publicly justifying violence, i.e., murder of the RA Prime Minister Nikol Pashinyan and the RA government members for political views are also being investigated.

Screenshot taken from NEWS AM video.