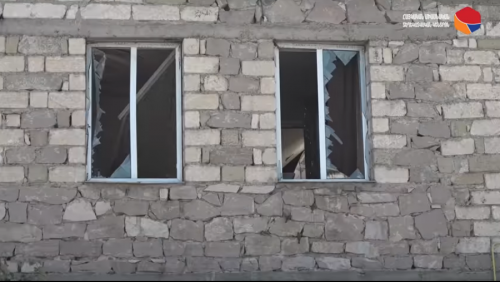 On October 17, the RA Ministry of Foreign Affairs made a statement that the Republic of Armenia and the Republic of Azerbaijan had agreed to a humanitarian truce as of October 18th, 00h00 local time. This decision was taken following the statement of the Presidents of the French Republic, the Russian Federation and the United States of America, representing the co-chair countries of the OSCE Minsk Group, of 1 October 2020, the Statement by the Co-Chairs of the OSCE Minsk Group of 5 October, and in line with Moscow Statement of 10 October 2020.

Hours later, the RA Ministry of Foreign Affairs made another statement that the Azerbaijani armed forces once again grossly violated the new humanitarian truce agreed. This is the second time that Azerbaijan violates the ceasefire agreement achieved through the personal mediation of the leader of the OSCE Minsk Group Co-Chair country thus demonstrating to the international community its treacherous nature.

Later, the RA Ministry of Foreign Affairs made a statement on Azerbaijan’s rejection of the mediation attempt of the International Committee of the Red Cross.

NKR Infocenter reported that on October 17, as a result of the shelling of Stepanakert, a residential house had been damaged and civilians had been wounded.

The RA Human Rights Defender Arman Tatoyan reported that it is already 22 days that the ongoing deliberate attacks of Azerbaijani military forces against civilian settlements of Artsakh have been causing destructions to houses and vital civilian infrastructures; peaceful citizens are being killed or caused life-threatening injuries from prohibited weaponry. Azerbaijani military struck a medical emergency ambulance and a hospital. During the whole 22-day period it has been constantly announced about captives and corpses on all sides. It is imperative to put an immediate stop to these atrocities and inhuman treatment. The International Committee of the Red Cross should have real possibility to effectively conduct its humanitarian mission on all sides.

The RA/NK Ombudsman’s Staff has updated the results of the fact-finding mission and thus also the data on the consequences of Azerbaijani crimes against the RA/NK civilian population since September 27.
Until October 16 inclusive, overall, 36 civilians had been killed, 1 of whom was a little girl, 7 were women and 28 were men. Overall, 115 civilians had received body injuries, 95 of whom had received serious injuries. A great material damage was caused to the RA/NK 130 residential areas, in particular, to 7800 private real estate, 720 private movable property, 1310 infrastructure, public and industrial objects.

The Child Protection Network made a statement on its Facebook page calling on the international organisations to immediately put into action mechanisms of protection of fundamental rights of people and children living in non-recognized/disputable territories, as well as internationally recognized procedures for provision of humanitarian aid to people in those territories.

The RA Ministry of Health alarmed that Azerbaijan’s large-scale war actions unleashed against the entire line of contact of the Republic of Artsakh and Azerbaijan targeted civilian residential areas and infrastructure, there are a lot of casualties and destructions, which is fraught with numerous consequences, including the risk of various contagious diseases, among which, also, particularly dangerous diseases, outbreaks and epidemics.